By Daisy Hudson
1 Comment
After three years, 34 countries, 100,000km and the occasional tow through the Australian outback, Wiebe Wakker's journey is almost over.

The Dutch traveller arrived in Queenstown over the weekend in his electric car, the Blue Bandit, which he had driven from the Netherlands to New Zealand.

"My goal with this trip is to showcase the viability of electric mobility, and also raising awareness for sustainable initiatives,'' he said.

He has certainly raised awareness, with his exploits featuring on high-profile websites such as Buzzfeed.

While he called New Zealand an "electric car heaven'', our neighbours across the Ditch proved more challenging. 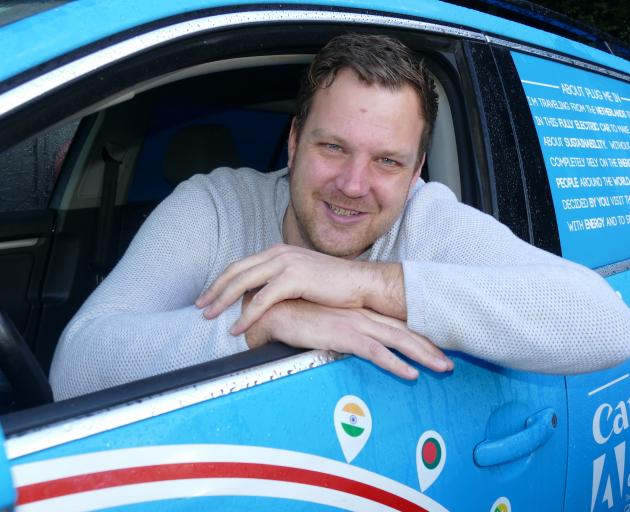 "The only challenge has been to drive around Australia because the distances are quite far. I had to get a tow a few times.''

Yesterday he took part in a small electric car rally from Queenstown's Sherwood to Kinloch, along the now reopened Kinloch Rd, to raise money for the Head of the Lake Trails Trust.

Rally organiser Toni Glover said the rally was both a good way to promote electric cars, and to let people know Kinloch Rd was open again.

The road was closed by flooding in May, but reopened again in June.

Mr Wakker will finish his journey in Bluff next Friday.

He was looking forward to some sleep, and to possibly writing a book about his adventures.

You can forget about using air conditioning or the heater, both of which use much more power than to run the vehicle. So E vehicles have a long, long way to go yet. It's all down to the battery.