Fatal flight: 'Mother feeling' that something was wrong 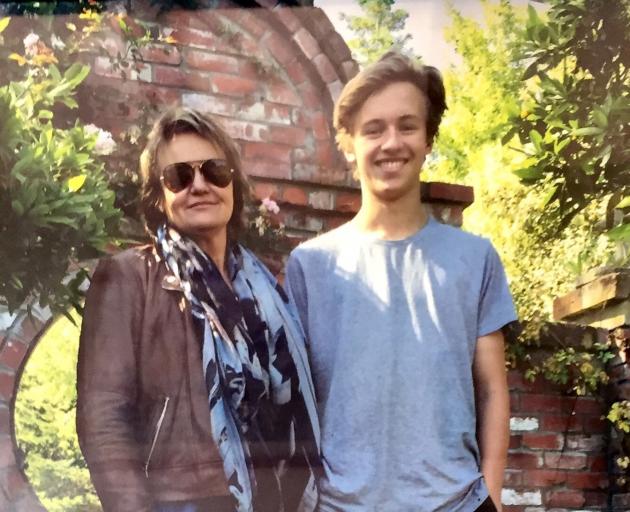 Over The Top helicopter company owner and chief pilot Louisa Patterson was sitting at her desk in the company’s hangar when she had a "mother feeling" something was wrong.

It was early in the afternoon of February 19, 2015, and her son, James Patterson Gardner, had gone on a training flight with one of the company’s pilots, Stephen Combe, of Wanaka, to the Lochy River valley, southwest of Queenstown.

Nearly two hours later, after a frantic aerial and ground search, her helicopter landed in the valley and she and Halfway Bay Station manager Gerry Kennedy got out and climbed up through the forest to where his farmhand had seen wreckage on the ground.

Giving harrowing evidence at a coronial inquest in Queenstown yesterday, Ms Patterson said they met the farmhand and asked him if he had seen the missing Robinson R44.

“He could not speak.

"I realised he’d seen something awful.”

Mr Kennedy asked her if she wanted to keep going.

She walked towards the crash site, where she saw Mr Combe first, and he was lying on the ground against a tree.

Then she saw the hull of the R44, "lying destroyed on the ground".

"I then came across James; he was lying in moss, close to the wreckage."

His blue eyes were open, and he was bleeding, which gave her hope he was alive.

"It was as if he’d stepped out of the wreckage, taken some steps and laid down on the ground."

She wrapped her scarf around him and checked for vital signs.

She lay with him until emergency services people arrived just before 4pm.

Ms Patterson was in the witness box on the third day of the inquest into the deaths of Mr Patterson Gardner and Mr Combe.

Her son, who was to have left the next day for Sydney to begin an engineering degree, had taken his last opportunity to have a training flight before leaving the resort, but was running late for a 2pm haircut appointment.

Ms Patterson said she had a sense that something was wrong about 1.45pm.

She asked staff if they had heard from the pair. GPS tracking data transmitted by the R44 every two minutes had ceased at 1.38pm.

Radio calls to the aircraft and text messages to the pair’s cellphones were not answered, so she headed off with pilot Brad Collier to begin the search.

Later that day, after search and rescue personnel joined those already at the crash site, she was "adamant" she wanted to take her son’s body home that day.

The men’s bodies were put in a farmer’s ute, with her son on her lap in the cab, and taken to a rescue helicopter, which flew them and her back to a hangar in Frankton.

Among those waiting there was a friend, Henry van Asch, to whom she said, "I’ve brought my baby home in a body bag."