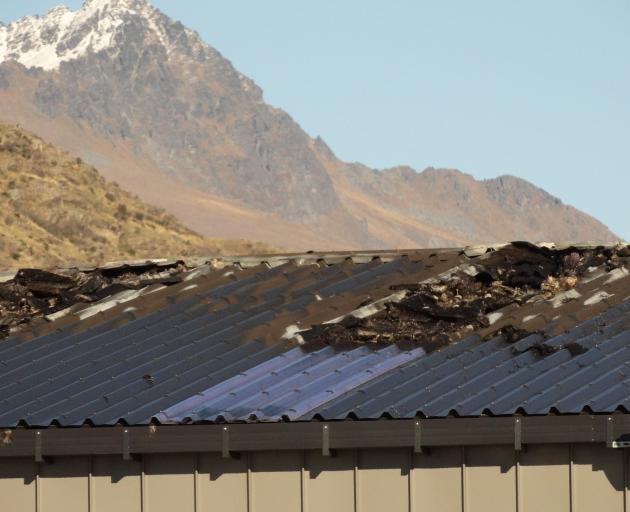 The fire-damaged roof at Macaulay Motors in Queenstown. Photo: Guy Williams
A huge fire in Queenstown was ''probably'' the result of a workplace accident, Fire and Emergency New Zealand says.

On Monday, more than 30 firefighters were called at 9.43am to tackle the blaze at the Macaulay Motors dealership in Grants Rd.

''There are no indications of that.

''We think it is most likely a workplace accident, but we just cannot confirm at this stage of the process,'' he said.

He confirmed the fire investigation would continue and should conclude today.

Initial indications showed a couple of possibilities, which would be further investigated.

Mr Smalls also confirmed his team had yet to interview the man injured during the fire.

Fire crews from Queenstown, Frankton and Arrowtown stations responded after the fire threw up a huge plume of dark smoke.

Fenz confirmed there were about six vehicles in the building, some on hoists, and staff at the dealership had been working on some of them before the fire.