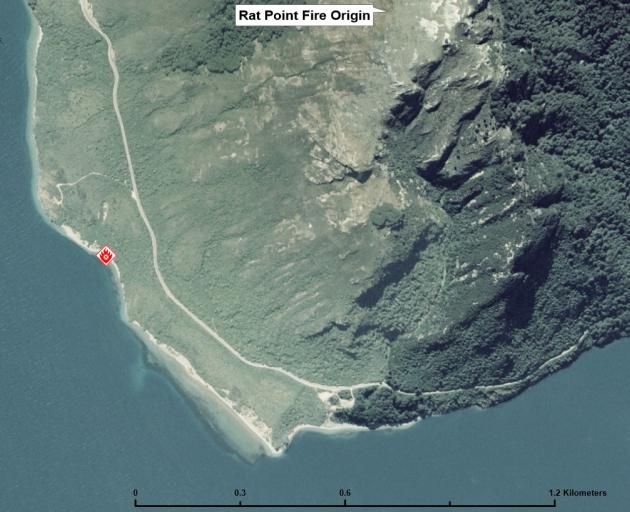 Graphic supplied.
Investigators say the huge blaze that cut power and road access to Glenorchy was started by a campfire on a Lake Wakatipu beach. 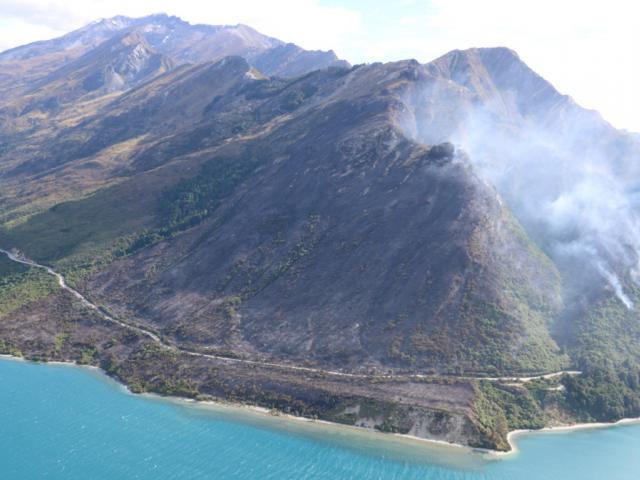 The fire cut off power and road access to Glenorchy. Photo Jimmy Sygrove
The fire began about 11.30pm on Tuesday. It quickly jumped the Glenorchy-Queenstown Road before ravaging the face of Jessie Peak, burning through very steep scrubland.

The Otago Regional Fire Authority (ORFA), aided by police, said after an initial investigation on scene this morning they were confident the blaze was started by a campfire on the beach below Rat Point.

The ORFA is asking the public for any information that may help the investigations, and said they were particularly interested in sightings of a white van that was noticed at Rat Point on Tuesday afternoon.

In a statement today, a Queenstown Lakes District Council pokesman said those responsible may have left the scene on Tuesday thinking their campfire was out, before wind blew hot embers into the surrounding dry vegetation and started the scrub fire.

Deputy Rural Fire Officer, Jamie Cowan is leading the investigation and says this is a good time for people to remember the importance of fire safety and the rules around open fires.

“Otago is currently in a restricted fire season, which means any outdoor fire in the region needs a permit from ORFA. This is incredibly important from a safety perspective, if anyone had been camped in the Rat Point area when the fire spread the consequences could have been much worse. Fires like this move at tremendous speed once they catch and are incredibly dangerous.”

“If anyone has any information that could help us out we ask that they please get in touch while it is still fresh in their minds.”