Housing for workers a perennial problem

Diners enjoy the atmosphere in Mall St in Queenstown yesterday. Photo: Joshua Walton
Queenstown's worker accommodation shortage has been branded a problem that would not "go away any time soon" as commercial developments continue to dominate the area.

Real Journeys general manager Paul Norris said "planning for affordable accommodation is needed" following a recent Queenstown Chamber of Commerce survey, which showed the majority of the resort’s employers felt the shortage was one of the biggest setbacks when hiring staff.

A lack of affordable accommodation for workers was identified by 86% of 230 survey respondents as either often or always an issue when employing New Zealand staff, with 76% saying the same for employing migrant workers. 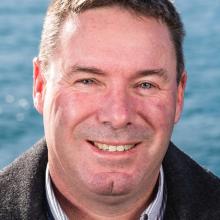 Paul Norris
With limited affordable housing developments in the resort, commercial developments were steaming ahead.

Dozens of new hotels and visitor accommodation have already been approved or are planned for the town.

Real Journeys already provided accommodation for about a dozen of its workers at Walter Peak and the tourism giant has proposed building a staff village there to provide housing for more staff, up to a maximum of 50 people.

"News of the situation is not new, however solutions are slow to be developed," Mr Douglas said.

"Housing that is affordable to many in Queenstown’s labour force will require market intervention and external funding."

He said the survey proved "employers need solutions now" but affordable worker accommodation would not pop up overnight.

Mountain Scene  reported last week that the resort’s hospitality industry was facing severe staff shortages due to visa delays and other pressures.  Immigration NZ said it was working to improve visa-processing times.

Mr Norris said: "Our observation is that seasonal staff are staying for shorter periods than previously.

"They are getting their ‘Queenstown experience’ and moving on, rather than staying for a full summer or winter season."

The survey responses showed that 81% of employers believed there was a shortage of "suitable housing options" for NZ workers in the resort.

About 72% said the same for non-New Zealanders who were looking for employment.

As the cost of living in the resort rises, 7% of employers surveyed said they paid the minimum wage of $16.50 an hour for unskilled labour.