How much should developers pay? 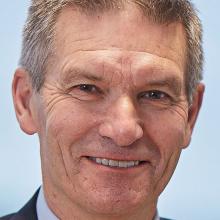 The trust tasked with helping Queenstown Lakes residents into their own homes is going back to the drawing board to work out where the "sweet spot'' is for affordable housing contributions from developers.

At present, the Queenstown Lakes District Council Special Housing Areas lead policy specified a contribution of 5% of any qualifying development to go to the trust.

The policy also stated the council was "open to proposals that achieve community housing through other mechanisms'' but retained preference for the trust's involvement.

Trust chairman Martin Hawes told councillors during the public forum session of last week's full meeting an independent report was being commissioned to review the level of contribution required.

He suspected the 5% level was an "arbitrary figure'' designed to compensate the community for loss of amenity through development.

"If we take 5% at one end of the spectrum and a really silly, ridiculous number at the other end, say 75% ... there must be a sweet spot somewhere in the middle, 20% or 25%, based on anecdotal evidence.''

The report would look at the "uplift'' between rural land and medium-high density land to approach the contribution aspect in a "more logical, rational way''.

"Everything the developers have to pay has to go on the price of a section. We're trying to make this as reasonable as we can.

Mr Hawes told the Otago Daily Times it was important for the housing trust to understand what the uplift in value of rezoned land was, for the developer to ascertain a "fair amount'' to go to the trust.

"If you take Ladies Mile, for instance, some people would say there is a significant loss of scenic value, so if the community is going to agree - through the council - to change the zoning and allow a large number of houses built there, then the community should get some kind of recompense for that.''

The trust had not yet commissioned the report. Once complete, it would be presented to the council, but Mr Hawes was not sure if it would be made publicly available.

The trust had more than 460 people on its waiting list for housing assistance within the district - more than double the number a year ago.

Mr Hawes said that was an indication of a community facing a "real problem'' with housing.

"To be a trustee of the housing trust at the moment when all this is going on, we really do have the ability to make a difference and that's what we're going to set out to do.''

Last week, Social Housing Minister Amy Adams announced the Government's Crown land programme had been extended to Queenstown and it was working with Ngai Tahu on a development plan for the present Wakatipu High School site.

Should the Ministry of Education decide the site was not needed for future education purposes, the site could be redeveloped for housing and 450 dwellings were envisaged, Ms Adams said.

Under the Government programme, at least 20% of those would be for social housing and at least another 20% for affordable housing.

Mr Hawes said while the trust was "very keen'' to see social and affordable housing on that site, he had not spoken to any of the stakeholders about that proposal yet and did not have a view on it.

A couple of points.
What kind of long term checks and balances is built into the process to ensure that applicants to the housing trust are genuine claimants and not just opportunists or those taking the easy route by jumping on to the gravy train?
As has been pointed out in the article by simply increasing the percentage rate of the developers contribution ,they are in effect robbing Peter to pay Paul. Its not the developer that misses out but rather the hard working self reliant people that do not want to rely on handouts or be part of an social engineering experiment , but rather be proud that they could make their own way in life.

Firstly, the developers do fine. They are taking land without building consent,which is really cheap, getting fast tracked and turning it into millions a hectare. If 30% to the housing trust is too much, nobody is forcing them to develop the land. But 1 house in twenty is not sufficient to justify fast tracking the planning process. In that case,Leave them do it the old fashioned way,deal with the paperwork and let the people of Queenstown have proper appeals process.
Secondly, the argument that increasing the % of sections given to the trust increases the price of the other sections is nonsense. They will charge as much as the market lets them charge for each section, which will be the same wether they're selling 10 or 300.