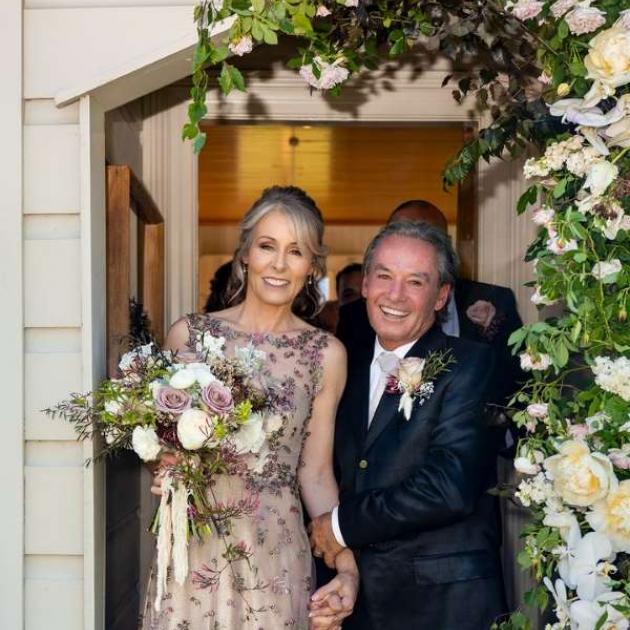 More than 30 years after they first met, the world’s bungy king has married a former Queenstowner in Glenorchy after the stars aligned.

AJ Hackett and his new wife, Suzanne, nee Tapper, tied the knot in an intimate ceremony at the top of the lake on November 10.

They first met in 1987 while hiking with others, including Hackett’s former Queenstown business partner Henry van Asch, in Auckland’s Waitakere.

The pair went their separate ways, both marrying other people and starting their families, before fate intervened.

Suzanne, who’s called Christchurch home since 2001, says they bumped in to each other about five-and-a-half years ago.

AJ says he spotted her in a cafe "and thought, ‘she looks rather lovely’, as you do, then I realised it was Suzy".

The pair ended up having a few chats with each other at Cardrona where Suzanne’s son, Jake, and AJ’s daughter, Margaux, were training for the freeski World Cup circuit.

Suzanne says AJ, for a long time, incorrectly assumed she was married.

"I was telling him about my trips overseas skiing and I talked in the ‘we’ context — ‘we’ was myself and my son, but AJ assumed ‘we’ was my husband.

"It took him a little while to figure that out, and I didn’t make it any easier for him."

AJ says he got to know Jake when he and Margaux were skiing on the World Cup circuit, but didn’t realise Jake was Suzanne’s son, nor that he and Margaux flatted together in Wanaka.

About a year after they first reconnected, AJ says Suzanne, a Chinese medicine specialist, was off to do acupuncture on the kids and some of the other athletes.

That’s when he realised the other part of the ‘we’ was her son.

While the pair planned to get married in Glenorchy, which holds a special place in Suzanne’s heart, on May 1, their wedding was a "Covid casualty" after AJ got stuck during lockdown in Indonesia.

It was during that time Suzanne had to field seemingly-endless questions about AJ Hackett Bungy’s $10.2 million government grant/loan from people who didn’t realise AJ hadn’t been part of that business for 20-odd years.

"It got to a point we were laughing because he came back [in August] and I was introducing him, ‘this is AJ and no, he does not have $10.2m sitting in his bank account’."

AJ says their wedding, led by Queenstown’s Rev David Wright, was made more special because two of his sons, Dean and Jayde, came back from Indonesia and France, respectively, and quarantined just to be there.

"It was amazing, actually — it was more a joining of the two families — we’ve got older kids … and they’ve all met before."

Of her new hubby, Suzanne says along with being adventurous, kind, loving and generous, he values relationships with everyone.

"He doesn’t take people for granted."

For his part, AJ says Suzanne’s "a perfect match and fit for me".

"She’s a beautiful lady with a huge amount of depth … and just a great, great mate.

"We have a huge amount of fun together and a lot of common interests, so that’s lovely."

While the pair are based in Christchurch at the moment, they’re likely to be more regular visitors to Queenstown, where Suzanne’s parents, Jules and Jenny Tapper, and the rest of her family still live, and plan to spend this Christmas here.