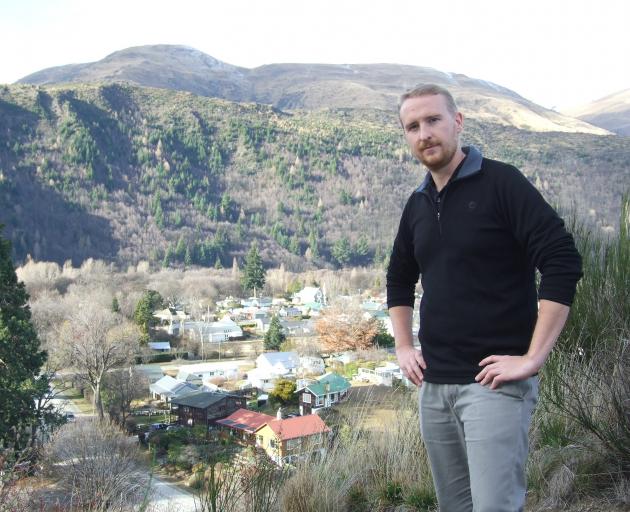 Predator Free Arrowtown co-ordinator Ben Teele. Photo: ODT
There is a new popular movement in the Wakatipu Basin. Nature-loving residents are joining community trapping groups in ever-growing numbers to kill the predators that prey on our native wildlife. Now a charitable trust has been formed to link them together, to pool knowledge and resources, and encourage more communities to get on board. Guy Williams looks at the work of the Wakatipu Wildlife Trust as it approaches its first anniversary.

Only a few years ago they were a few dozen dots scattered across a map of the Wakatipu — each dot showing a trap for killing rats, possums or mustelids.

Take a look at that map now and those dots have formed into clusters, and they are starting to join up with other clusters.

More than a 1000 community-owned traps are now in operation — from suburban backyards up to the alpine zone — over an area between Paradise, Kingston and the hills above Arrowtown. 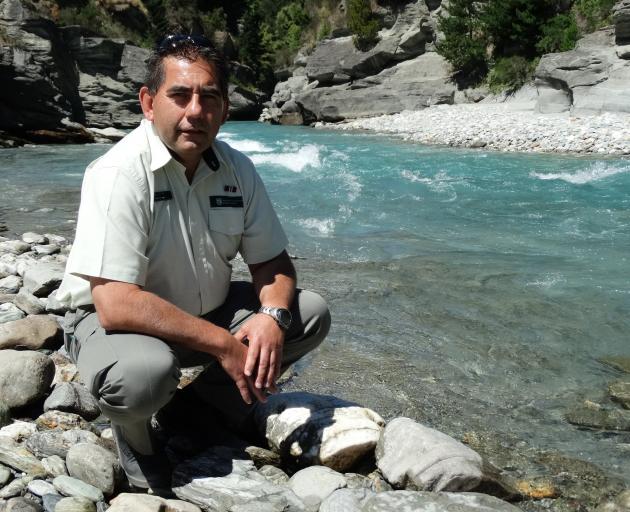 Trust director Ting Zhang said the number of groups under its umbrella had already grown to 17, and another five were "in the pipeline".

The goal was to encourage more communities to join the effort, then link them together to "expand the shield of protection" over the area’s native wildlife — especially birds but also bats, lizards, weta and other insects.

With funding from the Department of Conservation (Doc) and the Queenstown Lakes District Council, and donations from individuals and businesses, its role was to help the groups "maintain and expand their momentum and operations".

In May it began matching the groups’ own fundraising efforts, Ms Zhang said.

"If they fundraise for five traps, we give them five traps." 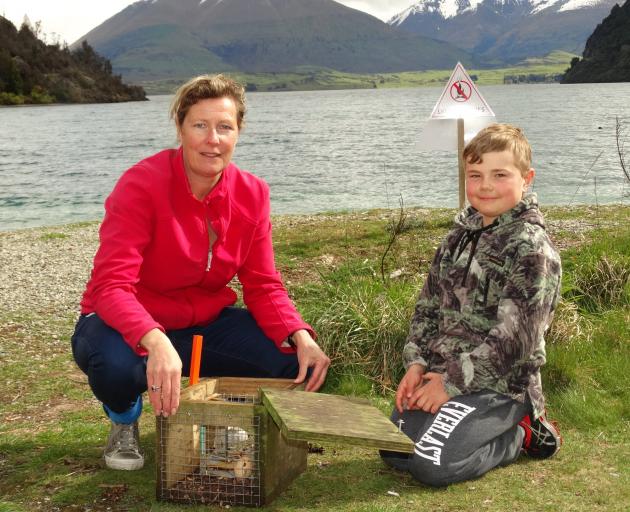 Since the first community group started recording data in 2013, 4900 predators had been caught, more than 2000 of those in the past 18 months as efforts had ramped up. The wider goal was to link up its traplines with those managed by Doc and other organisations such as the Routeburn Dart Wildlife Trust.

During a chance conversation about their own trapping efforts, they shared their annoyance at having to pay GST when buying new traps.

Wondering if a charitable trust would be a good vehicle for them and others to get more bang for their buck, they tapped into the expertise of Queenstown lawyer Tom Pryde, who as chairman of the Paradise Trust had overseen a trapping programme on that property since 2010.

Mrs Speedy said she was first spurred into action while out walking her dog four years ago.

Shocked by the number of possums being caught in commercial traps, she realised her beloved bay had a pest problem. 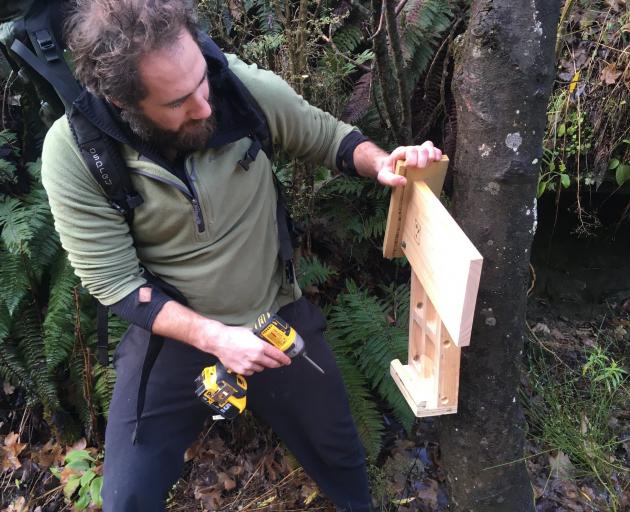 Four years later, and with the help of another family, she manages 66 traps in a 10km trapline that extends to Twelve Mile Delta. She has just received funding for another 45, which will extend the trapline to Closeburn about 4km away.

She and son Tommy did most of the checking and rebaiting or regassing, while husband Geoff was the "trap fixer".

On the other side of the basin, Predator Free Arrowtown was formed in February last year, The group’s co-ordinator, Ben Teele, said that the group had about 250 traps, and funding for another 100.

It consisted of a few dozen people of an "extraordinarily diverse demographic" with a variety of interests and expertise.

Because of the landscapes surrounding the town, most of its traplines ran across open country above the bushline, which meant it was catching more mustelids than rats and possums.

Its traps had caught ferrets at the highest altitude recorded in New Zealand — at 1450m on Brow Peak — attracting the interest of scientists and other conservation groups. 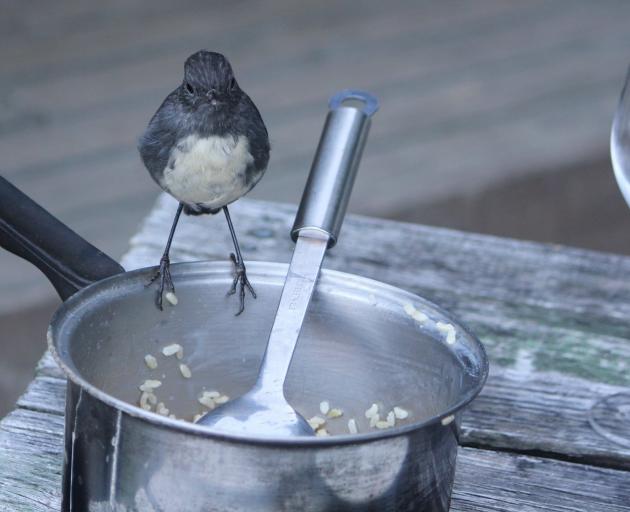 Mr Teele said that showed the many endemic species living in the alpine zone above Arrowtown —  including falcon, kea, pipits and lizards — were "getting hammered".

His five-year goal was a well-serviced, dense network of traps surrounding the front country around the township, and a resulting increase in bird, insect and lizard life.

"We want to see kids going on bikes being accosted by kea, and lizards running over rocks."

Doc Wakatipu operations manager Geoff Owen said the number of community-owned traps in the area now matched Doc traps about one-for-one, whereas a few years ago community traps were a small minority.

The beauty of the trust was that it had brought together community groups previously working in isolation.

By shining a light on their efforts, it was also helping to grow a belief in the wider community that a predator-free New Zealand by 2050 was a credible goal.

"Absolutely it’s aspirational, but what I think it’s done is galvanised our locals, but more broadly New Zealand, with this idea that if we all band together, we could well actually achieve it."

An example of the growing momentum towards that goal was the $15 million, five-year predator control project announced on Wednesday for 31,000ha of Dunedin land.

It is the first area in the South Island to get funding from the Government-owned Predator Free 2050 Ltd.Mrs Speedy said that only a year ago, she would never have thought it possible to create a continuous line of trapping from Bob’s Cove to Arrowtown.

"Now I’d like to think that in five years’ time, we’ll be linked up between here and Glenorchy, and to Arrowtown and the Gibbston valley.

"If we can get predators down to very low numbers — if not wipe them out — we could be the first predator-free town in New Zealand — Predator-free Queenstown."

• The Wakatipu Wildlife Trust will hold its first annual meeting on October 25 in the Queenstown Events Centre’s mezzanine meeting room, at 5.30pm. All are welcome.