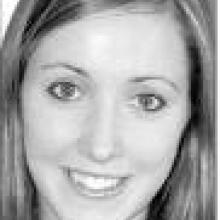 Emily Jordan.
Stunned tourism operators in Queenstown are defending guided trips down the Kawarau River, following the death of an English tourist who drowned while on a commercial river boarding expedition.

She died after becoming wedged underwater between rocks in the Kawarau River, just upstream from the Roaring Meg Power Station, about 2.15pm on Tuesday.

She and her boyfriend were part of a party of 10 tourists and three guides on a commercial river boarding trip, organised by Queenstown company Mad Dog River Boarding.

The couple had travelled through South America and the North Island before arriving in Queenstown, Sergeant Steve Ereckson, of Cromwell, said yesterday.

The woman's family had been contacted in England, and were understood to be planning to travel to Queenstown to collect their daughter's body, he said.

Miss Jordan was believed to have been planning to take up a job as a lawyer on her return to England, he said.

From Bewdley, a small town to the northwest of Worcester in Worcestershire, she was a top scholar and keen sportswoman.

According to the Worcester Standard, she graduated with a first-class honours degree in law from Swansea University in 2007, where she had also captained the lacrosse team.

Yesterday, in a statement from Alice Ottley School in Worcester, which she had attended, she was remembered as ‘‘hardworking and conscientious''.

One of her school tutors recalled that ‘‘Emily was full of life, she relished challenges and took advantage of all the opportunities open to her . . . She was loved by pupils and staff alike and will be sadly missed . . .''

Sgt Ereckson said relatives of the woman's boyfriend were already in New Zealand, and had flown to Queenstown to comfort the young man, who was also being assisted by victim support staff.

The man was still in Queenstown yesterday, but was ‘‘pretty shook up''.

The Mad Dog expedition at the centre of Tuesday's tragedy was one of three companies operating at the time, with Serious Fun River Surfing and White Water Sledging also using the river.

Rafters, river boarders, sledgers and others using the Kawarau were in a deep and high-volume body of water, which usually helped protect against rocks and other hazards, he said.

‘‘As you would expect in a situation like we have been in, everyone is coming together to support each other,'' he said.

‘‘Any kind of adventure activity involves risk, as does crossing a road.

There was potential for the tragedy to hurt water-based adventure tourism activities across the district, but ‘‘we feel for the operators [Mad Dog]'', he said.

Sgt Ereckson said those involved in Tuesday's tragedy were being interviewed by police in Queenstown yesterday.

Police would forward their findings to the coroner, who would decide if an inquest would be held.

The Department of Labour was also investigating the accident, and Maritime New Zealand had been asked to assist, spokesman Ross Henderson confirmed.

That increased with the Kawarau River death and the loss of six pupils and a teacher in the Mangatepopo River in the North Island.