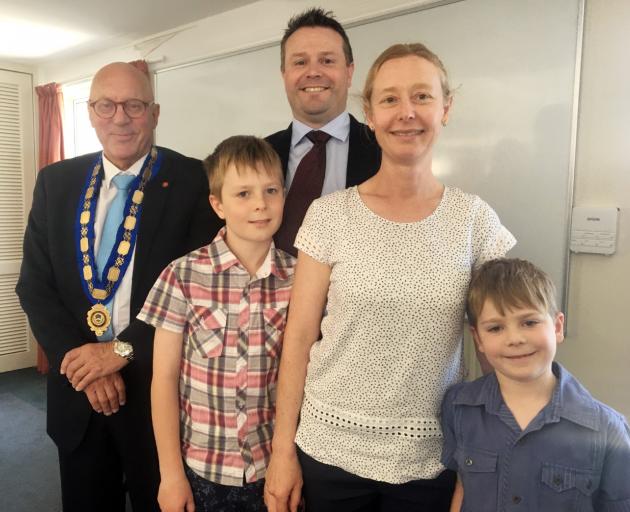 It was not only the first full meeting for the new triennium in the Gorge Rd chambers, but also the first time such a meeting had been live-streamed on social media, and the only time the council has sworn in a new councillor who won a seat at the table by coin toss.

In a creative turn of events, the public forum seemed to transform into a poetry recital.

Immediately after, local man Don Wallace took a seat at the table to read a poem he penned with Glyn Lewers in mind.

Mr Lewers won last week's judge-ordered coin toss, and a seat at the council table, after a vote recount found him and AJ Mason tied.

Before swearing in Mr Lewers, Mayor Jim Boult told Mr Mason, who was present at the meeting, his seven-day term which was ended by the coin toss, "must be some sort of record".

"It was very good to have you around the table for the short period you were with us.

"Personally, I'm very sorry that you're not part of the council, but that's the way the cards fall sometimes.

"Thank you for your contribution ... I will hold you to your offer to assist from time to time."

Later in the meeting, when the council was addressing elected members' remuneration, finance, legal and regulatory manager Stewart Burns was asked what would happen with remuneration Mr Mason would have been due - which began from the date the results were officially declared.

It turns out the coin toss had ruled out any coin for Mr Mason; Mr Burns simply shook his head and said: "It's a sad story".

Keeping with the literary theme of the meeting, Mr Mason suggested from the public gallery: "Donate it to the library".