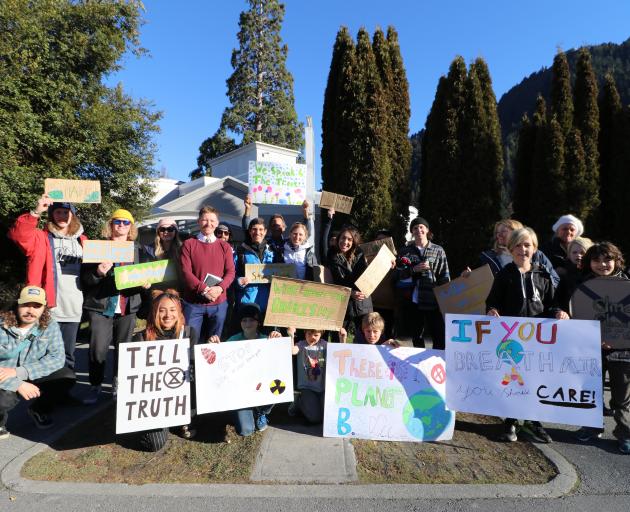 "By now you'll have sealed off the airport runway ... It's probably best to scuttle the Earnslaw in case some do-gooder tries to save the coal guzzler.

"Please advise where my family and I can collect sandbags to commence the struggle."

It is in response to the Queenstown Lakes District Council declaring a climate emergency at its last full council meeting in June.

While the letter is tongue in cheek, it highlights a problem Queenstown residents and businesses and the council are only just now beginning to grapple with.

How does a tourist resort and district, with a growing resident population and an international airport, achieve a zero carbon future?

In fact, the Climate Change Response (Zero Carbon) Amendment Bill targets net-zero emissions by 2050, to meet the Paris Agreement's objective to limit global warming to no more than 1.5degC.

A 1.5degC increase would create irreversible and catastrophic climate change, according to the Intergovernmental Panel on Climate Change (IPCC).

Where does Queenstown even begin?

"You can't manage what you don't measure, so the first step is `what does your emissions footprint look like?'," says Sean O'Flaherty, of emissions specialists Enviro-Mark Solutions Limited.

Mr O'Flaherty spoke about carbon emissions at the Tourism Industry Association's Discussing Tourism Queenstown summit on Monday. His talk was entitled, "The Elephant in the Room". 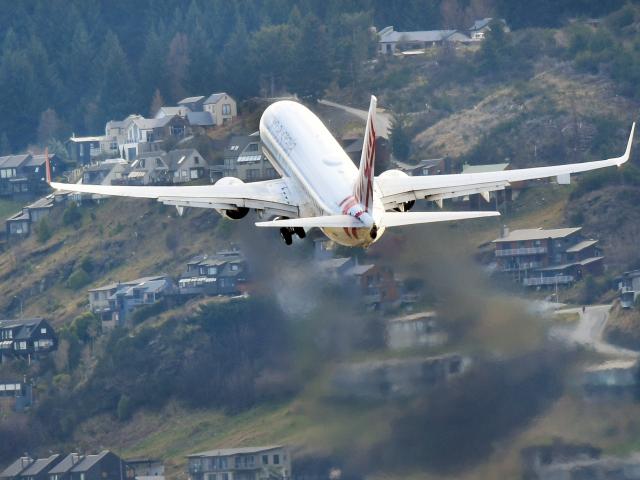 A Virgin Australia aircraft flies over Frankton as it leaves Queenstown Airport. PHOTO: STEPHEN JAQUIERY
"We have the software to allow them to input their data to give them a clear idea of their emissions, and we then help them create a plan to reduce those emissions.

"We connect them with a third-party verifier, to then certify them so they can say to the world we're on the CEMARS [Certified Emissions Measurement And Reduction Scheme] programme, we're on the carboNZero programme, and we're taking really credible action to reduce our environmental impact."

The company also has a carbon footprint calculator on its website, allowing households to calculate their impact.

Mr O'Flaherty says many Queenstown tourism businesses have taken steps or are "keen to get on the journey" to reducing emissions, after signing New Zealand's sustainable tourism commitment.

Queenstown's council is a little ahead of the game in terms of measuring and planning - it is one of the first councils to develop a draft climate action plan.

It went out for public consultation on Thursday.

It does not suggest scuttling TSS Earnslaw - Lake Wakatipu's 1912 coal steamer - or stopping flights to the airport.

Instead it aims to "inspire collective action", refocuses much of the council's work to take into account climate change and sets targets both in terms of collaboration with the public and private sector, and residents, and the council's own emissions.

Council chief executive Mike Theelen said it had a big role to play "but we cannot do this alone".

The action plan contains some startling figures, showing the scale of the task ahead.

The gross emissions of "carbon dioxide equivalent" (CO2e) in the district in 2017 was 18.5 tonnes per person, based on a then-resident population of 37,000.

CO2e is a standard unit for measuring carbon footprint, allowing many greenhouse gases to be expressed in one figure.

Drivers backed up in Queenstown suburb Shotover Country. Road transport accounts for 39% of the Queenstown Lakes district’s greenhouse gas emissions. PHOTO: PAUL TAYLOR
Even when tourists are taken into account (creating an average daily population of 62,763), the CO2e emissions figure is 10.8 tonnes per person.

That is "still significantly more than New Zealand's cities, including Auckland", according to the council-commissioned Tonkin + Taylor 2018 study.

The national average is 17.4 tonnes per person, taking into account all agricultural and industry impacts across Aotearoa.

Dr Patricia McLean, council policy adviser on the draft plan, says it is "the beginning of the journey to achieving a resilient, future-proofed district".

"We expect our ability and capacity in this space will grow over time as new technology and research emerges."

Airports are not part of the Paris Agreement; the aviation emissions plan is instead administered by the Ministry of Transport.

But the Zero Carbon Amendment Bill will cover councils and council-controlled organisations (CCOs), including Queenstown Airport.

Both Mr Theelen, on behalf of the QLDC, and the NZ Airports Association have made submissions on the Bill asking what the requirements will be for CCO airports.

Mr Theelen has also asked for "phased timeframes for meeting net-zero-carbon targets" so they can be aligned with the action plan.

Any obligations the airport will have to reduce emissions are unlikely to include flights while airborne, although Tonkin + Taylor's figures do include those emissions.

But even for the aerodrome and terminal, the Queenstown Airport Corporation does not yet know what its carbon footprint looks like.

The QAC has a "overarching framework" in place for managing environmental impacts. Its goal is to progress though to mapping, reduction and optimisation over the next three years.

That will include a feasibility study next year on providing ground power to aeroplanes on the tarmac and making 95% of airside vehicles electric within five years.

In the previous 12 months, there were about 2,321,347 million passenger movements (both arrivals and departures) through the airport.

And, obviously, each tourist's carbon impact is not limited to the flight. Many hit the road in rental vehicles, practically all send rubbish to landfill and they also eat while in the district - livestock accounts for 35% of the 2017 emissions, landfill 9%.

"Virtually all travellers coming to NZ will have a large footprint just by coming here but she says the least we can do is educate these travellers and help minimise the impact while here."

The obligation will also fall equally on the residents themselves.

Humans best stop breathing out c02, trees best stop dying and rotting down releasing c02, roads (and cycle ways) best not keep being maintained, vehicles and bicycles best stop being manufactured (oil needed for tyres), why don't we all go back to the horse and cart days.