By Tracey Roxburgh
0 Comments
After three years of planning, and more than two years of construction, Queenstown’s redeveloped O’Connells is targeting an October 1 opening.

The end result marks a maturing of the resort.

Skyline’s leased two retail floors of the four-level building to global retail traveller DFS Group, which will soon begin its ‘Resort Galleria’ fitout, while the top floor will house offices for DFS and Skyline.

The base build for the lower-level food hall, dubbed Eatspace, is on track for completion at the end of next month, after which the eight tenants — yet to be confirmed — will move in and finish off their individual spaces.

Clifford says interest in the tenancies has been high, despite some Covid-related issues. 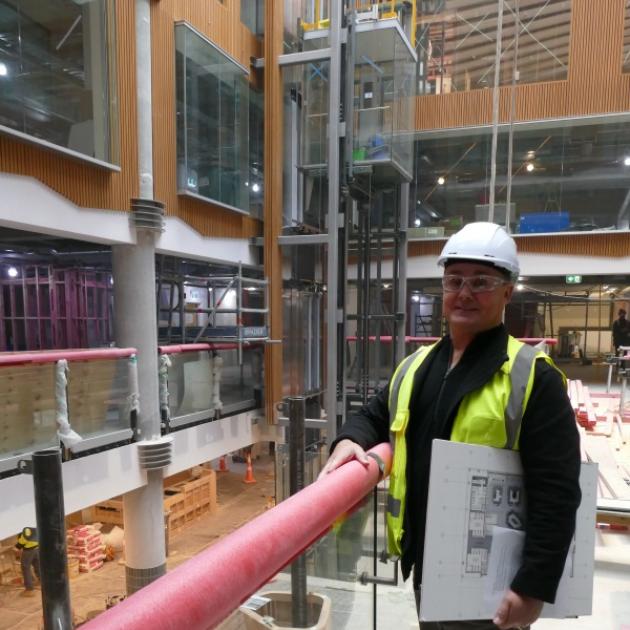 The pandemic’s impacted Skyline going out to market, and potential tenants’ ability to expand, he says, though they are in talks with several leading food and dining operators and brands.

He’s expecting there’ll be a combination of established local operators, setting up offshoots of existing full-service restaurants, and some new entrants to the Queenstown market in Eatspace, which will provide small bites and tapas-style offerings, rather than full menus.

Six of the 18 square metre tenancies are dotted around a central bar, while Clifford says the vision for the final tenancy, a bunker-like space, is for some thing ‘‘completely different … funky and radical’’.

Total dining capacity is about 230, with tables and chairs, booths, bar leaners, and seating around individual tenancies.

‘‘We want everyone to come here — we want it to be the central point [of Queenstown]. 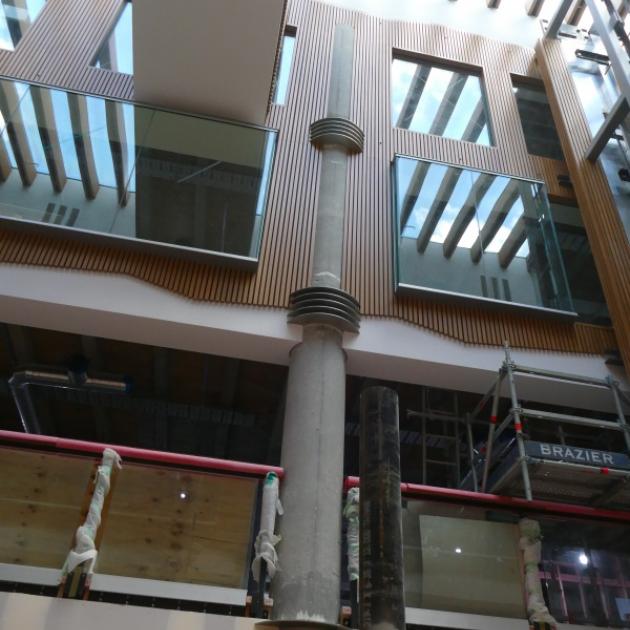 ‘‘It also marks a maturing of Queenstown’s overall offering.’’

The grotty bathrooms of old have undergone a total transformation, and now include translucent, illuminated central vanities, with a purpose-built wheelchair lift providing  access to them. 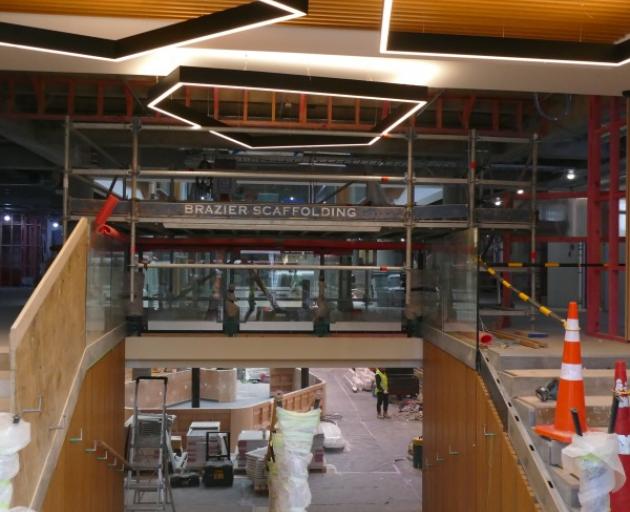 The main entrance to O’Connells, off Camp St, looking down to the Eatspace food hall

RGB strip lights, which change colour, feature lights, internal wall treatments, and a glass ceiling are all new, along with a glass elevator and a new entrance off Cow Lane, while elements of the former O’Connells, like internal concrete columns, have been worked into
the Preston Stevens-redesigned space.

‘‘There’s colour, there’s a lot more modern things in here … it has a bit of class. 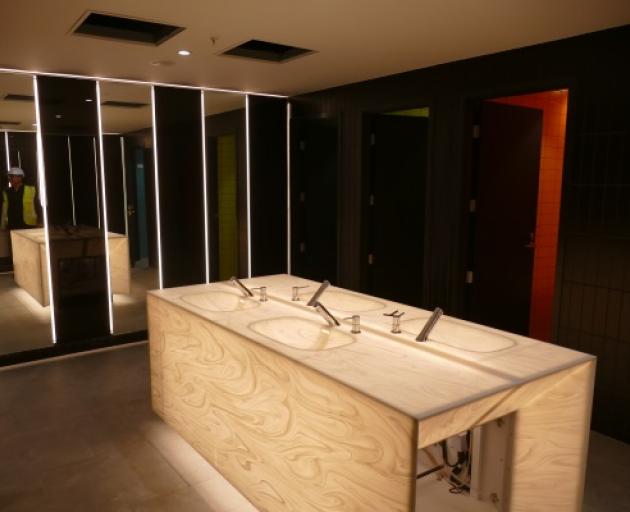 ‘‘[It’s] all coming together really well, and will be a major boost and much-needed  revitalisation of downtown Queenstown, in time for the return of international visitors.’’

While the building itself has been delayed — it was initially pegged for completion around September last year, with DFS to have opened up next month — Clifford says that was more about ‘‘getting it right’’ than because of Covid.

And, remarkably, he says the project’s still on budget.