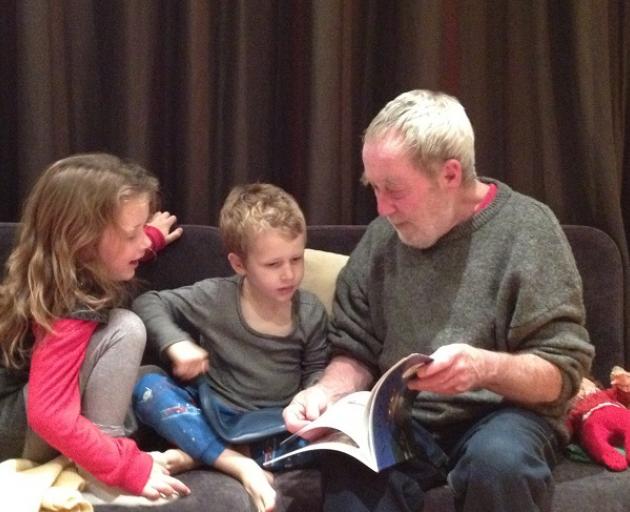 Michael Lynch, who was 76, had been a staunch advocate for public health services in the Wakatipu, especially for the elderly, and championed Queenstown’s heritage, and the Gardens in particular.

A true local, he grew up in Shotover Street, and as a youngster helped out in his father Gerry’s adjoining Beach St grocery store and delivered groceries.

After schooling, he took odd jobs till he was employed as a writer/sub-editor by The Press newspaper in Christchurch despite no training.

He was later editor of Balclutha’s Clutha Leader but was allegedly sacked for offending its owner – a petition to reinstate him was signed by almost the entire town.

Lynch was then a TV reporter for The South Tonight in Dunedin, often travelling by small plane or helicopter to file stories.

About 10 years later, he felt he was made redundant for asking too many hard questions of local politicians.

He and his second wife Adrienne split their time between Dunedin and Queenstown. In the ’90s, he regularly discussed Queenstown matters on Wayne Mowat’s National Radio afternoon show, but was let go apparently because of complaints that he was too negative.

In ’95, he and Karen Boulay set up a lobby group, Queenstown Community Network, or QNet, which put out punchy newsletters and held election candidate forums.

Both also had lead roles in Wakatipu health lobby groups, and following a report they wrote, a local Age Concern coordinator was appointed.

He and Adrienne, who died five years ago, were active in the Wakatipu Senior Citizens Association and in the set-up of the Abbeyfield elderly housing units in Frankton.

Lynch was also involved in the local historical society, and he and Boulay put together a historical register.

After selling Shotover St and shifting to Brisbane St, he became a vocal advocate for the protection of the nearby Gardens. He chaired the Friends of the Gardens and helped rewrite its management plan.

Friend Jay Cassells says: "He was a determined, singular, intelligent, humorous person with a very sharp and enquiring mind; very well read, and with a highly-developed sense of social equity tempered by a well-founded cynicism."

Lynch was also a long-time beekeeper, at times called out to relocate swarms of bees.