No backing for centre 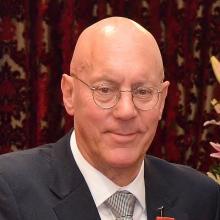 Nineteen potential Queenstown Lakes mayoral and council candidates made their pitch at Queenstown Golf Club's rooms at Kelvin Peninsula, in the lead-up to next month's election.

But as a questioner pointed out, not one mentioned the controversial convention centre scheme which has been mothballed for lack of funding.

Mr Boult said council funds should not be used to build a convention centre.

''I'd rather the council facilitate a convention centre being done by private enterprise.''

He added a caveat, that he looked forward to finding out more about the business case.

Mr Tompkins said the Lakeview site, the central site earmarked for the potential centre, was one of the community's best strategic assets and it should be used for worker or affordable accommodation and hotels.

Mr Angus said that the council had a poor track record of building things ''that work'' and while the capital cost of the centre was $70million, the total cost, including loans, would extend beyond $140million.

''Anybody in here that's pregnant, their child's child is going to be paying for it.''

A visitor levy, transport, affordable housing and parking were hammered home as the most important election issues.

Some mayoral candidates used the meeting to score some points - mainly against Mr Boult.

John Mann, a former councillor who is running for mayor, said he would give up his business interests if he was elected mayor - a contrast to Mr Boult.