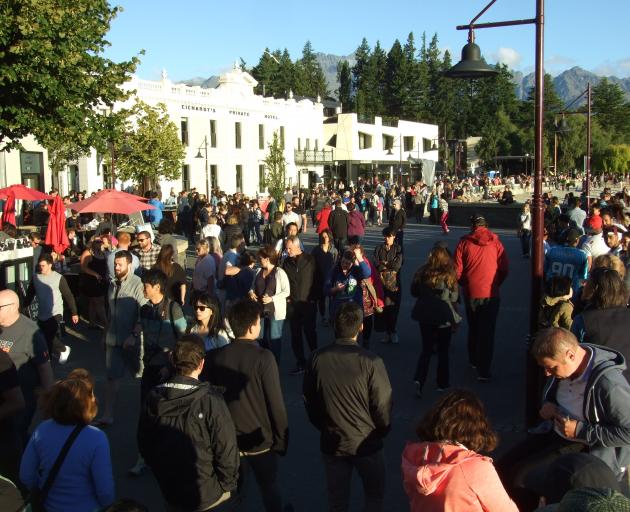 The data sheds light on average population figures while taking into account the effect Covid-19 has had. Photo: Guy Williams
A slowdown in growth for the Queenstown Lakes District is only temporary, new population projection figures suggest.

Data released from the Queenstown Lakes District Council this afternoon show that while a slowdown in growth over the next ten years is expected, population figures will increase in the 20 years that follow.

The data sheds light on average population figures while taking into account the effect Covid-19 has had, and will continue to have, on the district.

Four different demand projections were considered, all based on the council’s previous 2018 population projections.

“While Covid-19 will have a significant impact on our population in the short-term, this doesn’t mean our district’s ongoing development will stop.’’

“Both historic and current patterns suggest the district can have continued confidence about its future population. The district has very strong demographic fundamentals, and while the economic and social dislocation as a result of Covid will dampen demand, this will eventually return.”

Mr Theelen said modelling expects ongoing family formation, the migration of people across New Zealand and elsewhere, along with Queenstown’s perception as a great place to live, work, and play, will ensure population trends recover over time.

Data was not available for population change since the start of the pandemic.