By Tracey Roxburgh
0 Comments
A fast-tracked consent application was lodged yesterday for Queenstown’s billion-dollar Lakeview Taumata development, which is estimated to take up to 15 years to complete.

At an update in Queenstown last night, Ninety Four Feet NZ general manager Paul Burnaby said subject to consent, construction on the first of six stages was likely to start next year.

That would include the first 224 of 500 residential units, including mini-apartments across five buildings, and a terrace with retail outlets co-working space, gymnasium and spa complex.

In future stages, three hotels were planned, along with more retail and commercial space and the remaining residential units.

"For me, it’s an exciting thing to see come alive ... and with the incredible investment that’s being made ... that’s a huge shot in the arm to our local economy." 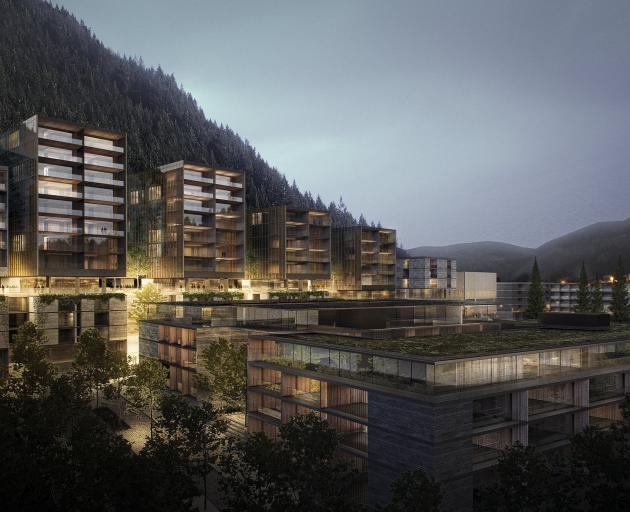 Augusta merged with Centuria in 2020.

Queenstown Lakes District Council strategic projects manager Paul Speedy said the council had three objectives for Lakeview Taumata, being developed on about 15ha at the foot of Ben Lomond — a design outcome, a timeframe and a financial return.

Last year, Queenstown Lakes Mayor Jim Boult said as part of the development agreement, the council would get 50% of the profit.

Mr Speedy said there were "some pretty outstanding stats".

"The ongoing one for me is $100million ... just from the operation once it’s finished.

"It’s pretty good in terms of that economic development."

New Zealand Sotheby’s International Realty founder and managing director Mark Harris said he could not reveal prices for the residential units, ranging from mini and studio apartments to three-bedrooms, yet.

Sales would begin once consent was granted and Mr Harris expected the first residents to be living there in 2025.