The company has bought Windermere Farm, a 43ha block next to the Wanaka Transport and Toy Museum and on State Highway 6. The land adjoins the runway to the northeast of Wanaka Airport. 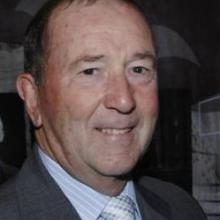 In December last year, the company bought 106ha of land, also adjacent to the airport.

QAC chairman John Gilks said today the latest acquisition “provides the platform for future growth and development of Wanaka Airport for the long-term".

"We could not afford to take the risk that the land could be secured by private developers thereby preventing or restricting the long term development of Wanaka Airport," he said.

Mr Gilks said QAC was aware that no decision regarding the long-term governance of Wanaka Airport had yet been made by the Queenstown Lakes District Council.

"This acquisition is unrelated to that ongoing process.

“Regardless of the outcome of council’s governance process, this is a milestone acquisition for Wanaka Airport and provides an opportunity for the future growth of the airport, local communities and region," he said.

Windermere Farm is an important part of the local airport's history and was originally purchased in 1969 by Dorothy and the late Norman Pittaway as part of a 728ha farm holding.