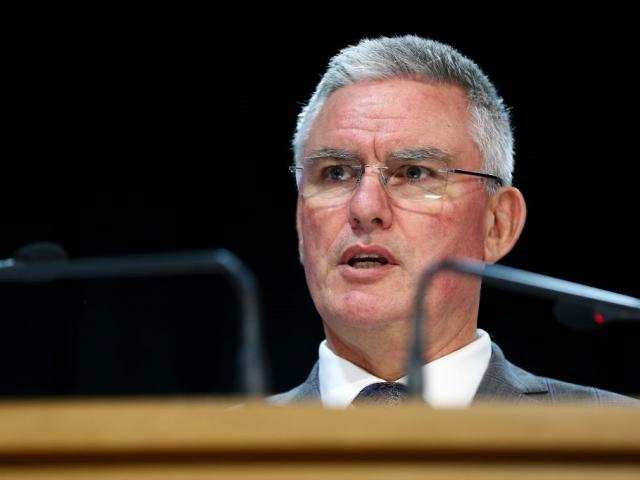 Kelvin Davis. Photo: Getty Images
Queenstown businesses are questioning why Tourism Minister Kelvin Davis has been absent for so long from the struggling resort town.

Thousands of people have sought welfare after the district's main earner - tourism - ground to a halt.

Davis and Prime Minister Jacinda Ardern will spend the day in the hard-hit district, which has been welcomed by many businesses, but others say that the minister should have been on the ground months ago.

So far none of their 130 staff have been made redundant, but Bradley said they will not be able to hold off cuts for much longer.

"The fear comes August September, and in particular October November, if we don't get the bubble open that is crunch time and businesses will go under. So I don't think anyone's really thinking that far ahead, but that is the reality, there is still a long road ahead when you're 85% reliant, your business, on overseas tourists and they're not coming."

He wants the tourism minister to front up with financial support for businesses and to give immigrant workers more security.

Ziptrek Ecotours executive director Trent Yeo said it has been a tough couple of months.

"It's kind of like being a free diver and no one told you you needed to hold your breath, we've kind of gone into hibernation and come out the other side, one of the things is to keep morale and the team together and that's been always difficult.

"But we've gone from a fully formed summer business to probably less than 10% of our business upon opening on level 2."

Yeo said it is important for the tourism minister to be on the ground to see the damage.

"Maybe there's a bit of disconnection somewhere, I know ... that the government is checking in what's happening here, but it definitely would be good to see their actual support - this is a crisis - we feel like we need the support."

The government announced its $400 million Tourism Recovery Fund last month along with an extension to the wage subsidy scheme.

So far, some big names have received a portion of the funding including AJ Hackett Bungy, Discover Waitomo and Whale Watch Kaikōura.

Yeo wants to see more support for small to medium-sized businesses, and a helping hand to lower rents while many try to get back on their feet.

KJet Queenstown director Shaun Kelly said tourism does not seem to be a priority for this government.

"I think they've actually put tourism on the back burner, the fact that they've given New Zealand Rail $1.2 billion last month and tourism $400 million - they're seriously out of touch with the reality of what tourism brings to New Zealand."

He fears a trans-Tasman bubble may be months away.

"The government's got to work really hard with this quarantining, I believe they've dropped the ball on it, they should have had the infrastructure in place and ready to go before any expats come back. So that's going to slow down the trans-Tasman and the international market coming into New Zealand."

Base Backpackers Queenstown general manager Marvin Freeman said without the bubble the town will be in dire straits.

"Yeah it's going to reshape the town, we're going to have to adjust into a very different environment, so it definitely would concern people and it does concern myself."

Adrian Januszkiewicz who is the director of the Canyon Swing, Adventure Group and Fox Glacier Guiding said while he has been impressed with some of the government policies, he has not been as happy with the tourism minister.

"There's been a surprising absence I guess in terms of feet on the ground, and so in terms of building trust and relationships with the industry I think it's really important that he's here and that he fronts and that he talks to people and understands what's going on."

The tourism minister is expected to make an announcement this afternoon.