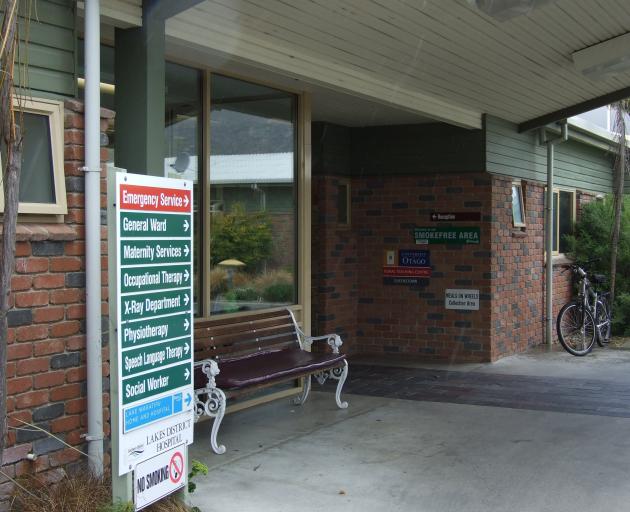 A second nurse at Lakes District Hospital has tested positive for Covid-19, the Southern District Health Board has confirmed.

In a statement this evening the SDHB said all staff who have worked at the Queenstown hospital over the past 14 days will now receive the test for the coronavirus that has prompted New Zealand’s lockdown.

‘‘The second nurse only had very mild symptoms, and attended work for one shift while infectious. All close contacts, including four patients, are being followed up and asked to self-isolate,’’ the SDHB said.

A new Covid-19 cluster, related to a wedding in Bluff, has also been identified in the South.

The first nurse at the Queenstown Hospital tested positive on Monday prompting tests for 36 contacts at the facility.

The second nurse to receive the positive test, confirmed today, was among 15 close contacts identified through that process.

Now 38 additional staff at the Queenstown hospital would be tested, bringing the total number of people tested at Lakes District Hospital to 74.

The hospital treated two Covid-19 cases, including a now discharged Spanish tourist who was one of the first cases of the disease in the South, but the nurse who first tested positive did not provide direct care for either of those patients.

All close contacts would remain in self-isolation, while the 21 casual contacts tested yesterday were able to return to work.

The Medical Officer of Health was trying to establish how the nurses became infected and seeking to rule out community transmission from within the workforce.

Any of the remaining staff deemed to be close contacts of the second case were asked to self-isolate for 14 days, effective immediately.

During the testing process, the hospital would continue to operate its emergency department, and its maternity unit, which has been relocated to another building on the site.

Patients needing hospital admission would be transferred elsewhere in the district.

Yesterday, the only two patients in Lakes Hospital were discharged following the decision to undertake extensive cleaning of the hospital.

‘‘Our thoughts remain with the staff members involved, and those in our care who have been affected by this situation,’’ the SDHB statement said.

‘‘We are continuing to support both nurses and their wider teams at this stressful time. Again, we thank everyone for their support of all our staff, and continue to ask that their privacy is respected as we work together to address the impact of Covid-19 in our community.’’

The SDHB said it had been fielding questions about a Queenstown-based company offering to supply the health board with rapid testing kits for Covid-19.

But both University of Otago department of microbiology and immunology Associate Prof James Ussher and the Ministry of Health today advised against using anything other than the proven ‘‘gold standard’’ testing method now in use.

‘‘The use of these [unproven] tests risks undermining the public health effort to control the spread of SARS-CoV-2 virus, as there is a very high risk of false negative tests in those with infection. Testing must be performed by a [Polymerase Chain Reaction] test that has been properly evaluated,’’ Assoc Prof Ussher said.