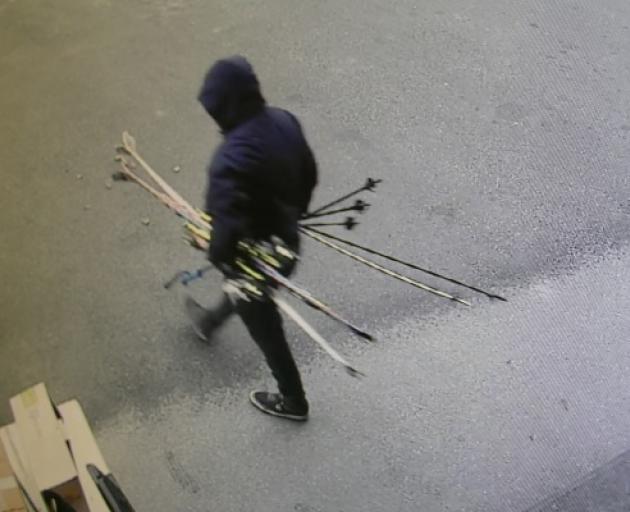 Store manager John ‘Boggy’ McDowell says he put out a public plea at the end of last week calling for donations for the Gorge Road store, which raises money to help provide palliative care throughout the Wakatipu and Southland.

Money raised through the store goes ‘‘back into the pot’’ to help fund cancer care services, including the hospice in Invercargill and travelling nurses.

‘‘The primary goal is to have people staying in their homes as long as they possibly can, and be treated that way,’’ McDowell says.

Unfortunately, people dropped off items over the weekend when the store wasn’t manned, including ‘‘a lot of ski gear’’.

That had been spotted by a passing volly, who noticed on Monday when they were sorting goods for resale there were valuable items missing.

McDowell says he’s grateful to David Reid Homes who donated ‘‘some very good’’ CCTV cameras to the shop a while ago after he became concerned about items being stolen from the charity store.

When he reviewed the recordings, McDowell found ‘‘four different people had come along at different times and helped themselves to the skis and poles, put them in their cars and driven off’’.

Clear CCTV footage, viewed by Mountain Scene, shows three different vehicles, number plates visible, pulling in to the carpark during the day and three women helping themselves to the ski gear and, in one case, a kettle.

‘‘There’s one other guy, who’s a really sneaky bugger — he comes in from the Central Otago Motor Group car yard, next to us … dodging the camera with his head down and hoody over his face and he walks off with about two pairs of skis, or maybe three, and poles.

‘‘A very conservative estimate would be at least $700 or $800 of stuff that’s walked that we potentially could sell.’’

McDowell says it’s ‘‘amazing, actually’’ anyone would help themselves to the donated items, which is ‘‘robbing the community’’, in particular those dying from cancer, and those supporting them.

The thefts were reported to police on Tuesday — McDowell had already sent a message to the offenders through social media, giving them 48 hours to either return the items, or pay for them.

That’s yet to happen.

But, showing the resort’s community spirit is still alive and well, a woman — who wanted to remain anonymous — visited the store on Tuesday afternoon, having seen the posts on social media.

She was “so angry about what happened’’ she donated $700 from her own pocket.