''As a country we are bewildered, we are in shock, and we are in disbelief.''

Those were the words of Queenstown Lakes Mayor Jim Boult last night, as he led a vigil in Queenstown.

Thousands of people packed into the resort's Earnslaw Park to pay tribute to those affected by Friday's Christchurch terror attack.

Many carried candles and flowers, others held signs with messages of support and love.

A hush fell over the crowd as members of Queenstown's Muslim community prayed before the service got under way. Maznab Abu Assan is embraced by Christine Adams, both of Queenstown, at the end of a candlelight vigil last night Photo: Tracey Roxburgh
Mr Boult then addressed the crowd, saying, as a nation ''we have suffered an atrocity that we once considered foreign to these shores''.

''We mourn those who have died, and we pray for those fighting for their lives.''

Queenstown Muslim Community trustee Ashiv Khan thanked the community for coming out to show their love and support.

''We are really devastated and horrified at the evils that occurred in Christchurch last Friday.''

He said he hoped the tragedy would shape New Zealand into a more positive and tolerant society.

''What makes you Kiwi is not the colour of your skin, or the religion that you choose to follow.

''What makes you a Kiwi are your morals and your values.''

Candles shone brightly to remember the victims of Friday's terrorist attack as the sun set over the hills behind Lake Wanaka. 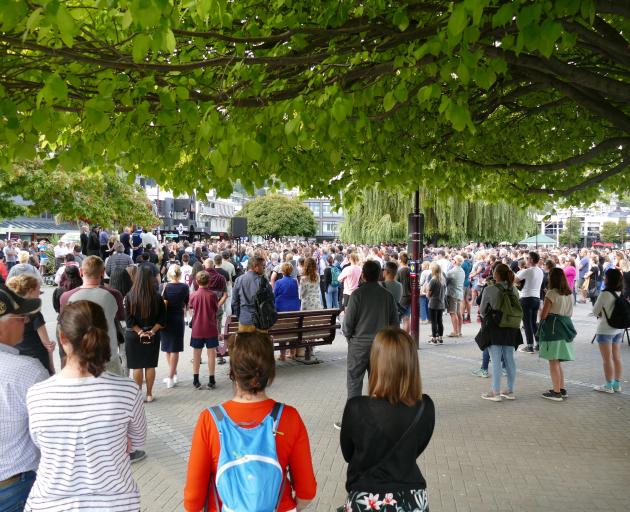 Thousands of people gathered at Earnslaw Park in Queenstown last night for a candlelight vigil to honour the victims of the Christchurch terrorist attacks. Photo: Tracey Roxburgh
Over 1500 people gathered on the lake's foreshore, sombre in mood, but strong in spirit.

''These were people who chose a safe haven in a life full of hope.

''To the living - you are us. You belong here. We stand with you.

''To the perpetrators of such unthinkable hatred, we say, we will not tolerate you.

''Our nation will build from this and we will not allow you to force us to live in fear.'' 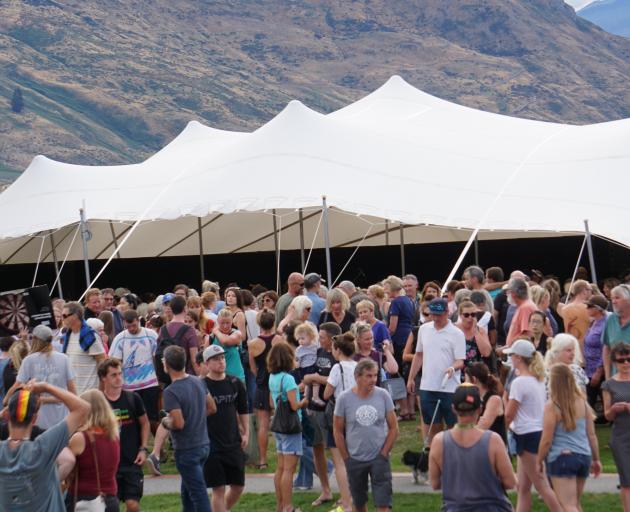 At least 1500 people gathered on the Lake Wanaka foreshore to remember those who lost their lives in Friday's terrorist attacks. Photo: Sean Nugent
He urged those at the vigil to ''reach out'' to the Muslim community.

''We are all hurt by these events in different ways.

''It was a similar feeling to the earthquakes ... just shocking and unbelievable,'' Mr King said.

''It's been amazing how everyone has come together,'' Ms Sword said.

''I feel so proud to be from Christchurch.''

''It happens to people on the other side of the world every day and we need to be aware of it and start caring for people,'' Ms Holmes said.

''This is a time we really need to look at ourselves as a nation and say, 'hate has no place here','' Ms Kelly said.

''We need to support our minority communities and make sure that they feel the love and support and that they are part of this community as much as everybody is.''

In a final word to the Christchurch victims, Mr MacLeod said ''know that this is your home. Our hearts go out to you and your wider community. Kia ora. As-salamu alaykum (peace be upon you)''.