Town crowded for parade and entertainment

By Tracey Roxburgh
0 Comments
It has been labelled one of the biggest crowds yet.

On Saturday every man, woman, child — and their dogs — descended on Arrowtown for the 36th Arrowtown Autumn Festival’s main day of festivities, including the ever-popular community street parade.

Nary a park was to be found in or around the historic village, and many people meandered from one end of the town to the other to get to Buckingham St, where the action was centred. 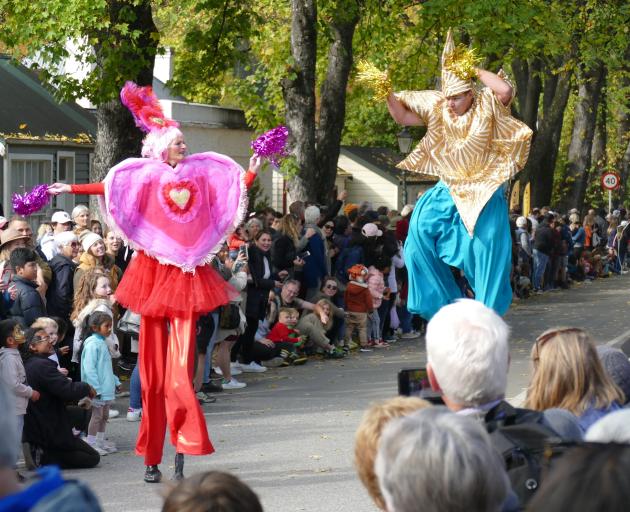 Stilt walkers entertain the thousands of people who gathered on Saturday for the 36th Arrowtown Autumn Festival street parade. PHOTOS: TRACEY ROXBURGH
Some decided to save themselves the bother of jostling for a car park — vehicles lined the road reserve along Malaghans Rd, past the Millbrook Cricket Club, and Arrowtown-Lake Hayes Rd instead.

The town centre itself was a hive of activity all day.

The NZ Veterans Brass Band entertained the crowds with two performances, while other buskers and entertainers set up on Ramshaw Lane, where the vibrant Autumn Fest market day was held.

Vintage cars were also on display.

The Arrow Miners Band makes its way down Buckingham St.
Punters could get their fill of everything from whitebait patties to dumplings and barbecue, and a wide variety of arts, crafts and artisan products were on display for those looking to buy something quintessentially Kiwi.

Along with the hotly-contested competitive categories, people were invited to have a go and were allowed to keep any gold they found.

Entertainment was non-stop all day on Buckingham Green, including trapeze and rope performances and a Latin dance display.

But the town stopped just after 2pm as thousands of people vied for the best vantage point along Buckingham St to take in the 2021 street parade. 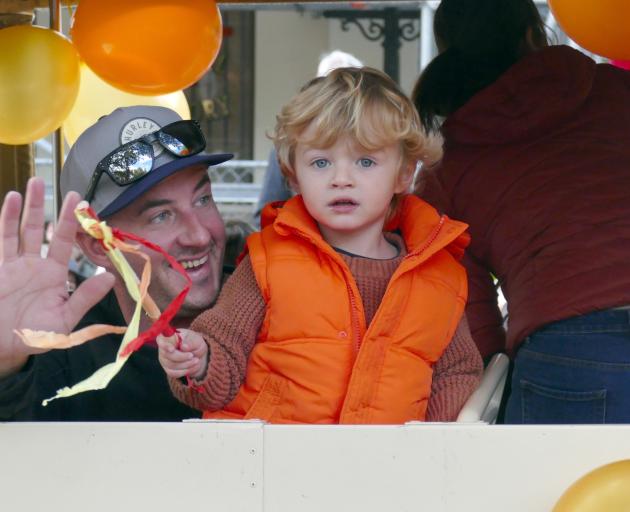 Yesterday’s Autumn Festival programme included the well-attended Anzac Day commemorations, as well as a dash up, and down, Tobin’s Track or, for those less-inclined to run uphill, a run along the Arrow River Millennium Track, and a dog show.

Thousands of people descended on Arrowtown for the market day and street parade, which included vintage cars.
The festival concludes today with the sold-out Pie, Pint and Pinot event, along with other free entertainment, including the Shotover Country Music Club Concert, from 1pm at Buckingham Green.