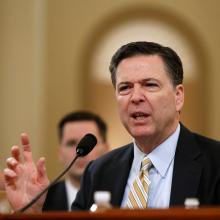 The highly secretive meeting being held in Queenstown this weekend is a gathering of intelligence and security agencies related to the Five Eyes spying network.

It is understood about 15 agencies which carry out intelligence for Five Eyes - the spying partnership of the United States, Australia, Canada, the United Kingdom and New Zealand - are attending the conference.In a statement released yesterday, a spokesman for Prime Minister Bill English confirmed a number of senior officials were coming for a conference hosted by the Government, but would not reveal what the conference was.

"Due to specific security requirements we cannot comment further at this time. However, as police have pointed out they are not aware of a visit to Queenstown by a current or former head of state."

Speculation about the visit was sparked after the Otago Daily Times reported a "very, very important person" was set to arrive in the region and strong security measures were underway in preparation. 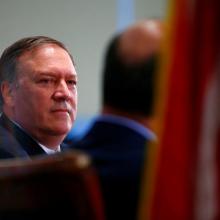 The ODT understood the operation would continue for about a week with golf featuring on the itinerary.

Visits by the top spies are usually kept under wraps, although former Prime Minister John Key last year disclosed the then US director of intelligence Jim Clapper was in town when asked why a US plane was at the military terminal in Wellington.

Mr Clapper visited on his way to Australia for a Five Eyes conference.

It is not known which Government ministers are attending the Queenstown conference.

Police Minister Paula Bennett is on holiday and will not be attending.

Mr Comey was last in New Zealand in March, when he met with Attorney General Chris Finlayson and Police Commissioner Mike Bush.

There's no show without Clapper, and here we go again with the bugged Spalding trick.

Its safe in new Zealand at this time as ww3, is any day .