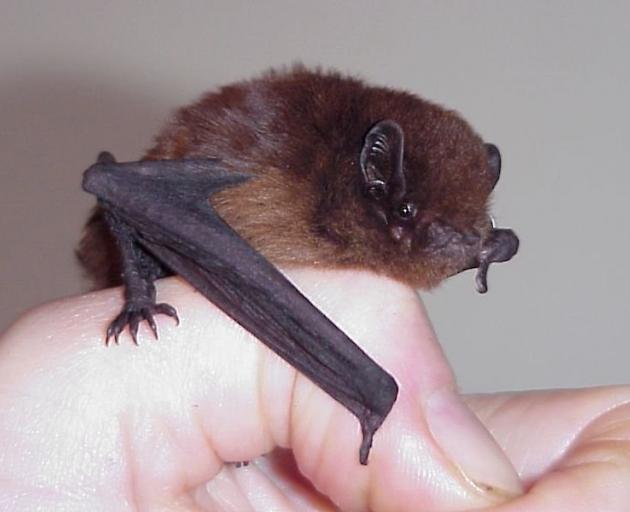 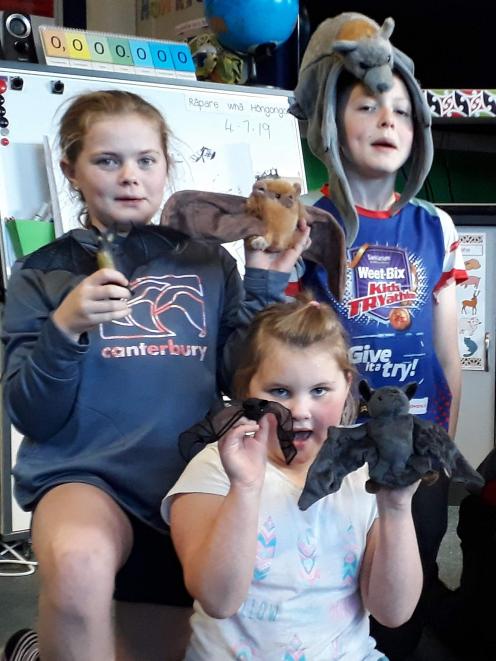 Learning about long-tailed bats during a recent educational session from Catriona Gower are Tahakopa School pupils (from left) Sarah Stephens (10), Jacquelyn Barrett (7) and Braydee Osborne (12). PHOTO: CATRIONA GOWER/SUPPLIED
More often heard than seen, the nationally threatened species was present in several "pockets" in the South and throughout the country, Ms Gower said.

Now $20,000 of new funding for the Catlins Bat Project, from the Government's Participatory Science Platform, would allow her to expand the range and depth of educational programmes and community participation, including non-harmful bat-trapping sessions conducted by "bat experts" this summer.

These would allow many of her volunteer community researchers to see one of the fast-flying 6cm-long 10g creatures in the flesh for the first time.

"Until now, funding has constrained our activities to using a handful of sonic bat detectors and limited educational outreach. We're thrilled to bits with this new funding, which will allow us to really kick-start things and bring in many more groups and individuals to help put Catlins bats on the map."

The funding would be used to buy more bat detectors and recorders - allowing for "whole class" school participation - and to expand the project's school and public education programme, she said.

Tahakopa School and Catlins Area School would help track and record bat appearances during spring and summer this year, and share data with other schools around New Zealand also studying the species.

In addition, in March next year some project members would be able to attend the seventh National Bat Conference in Te Anau, to present their project work.

The period of increased activity and bat sightings would be summarised and presented publicly in May next year, at an Owaka Museum exhibition.

As well as allowing a first-time close-up of the furry flyers, the bat-trapping would enable essential population assessments to occur, Ms Gower said.

"At present, we don't really know if this is a remnant of lone males or something more hopeful. Let's hope we've got a good breeding population."