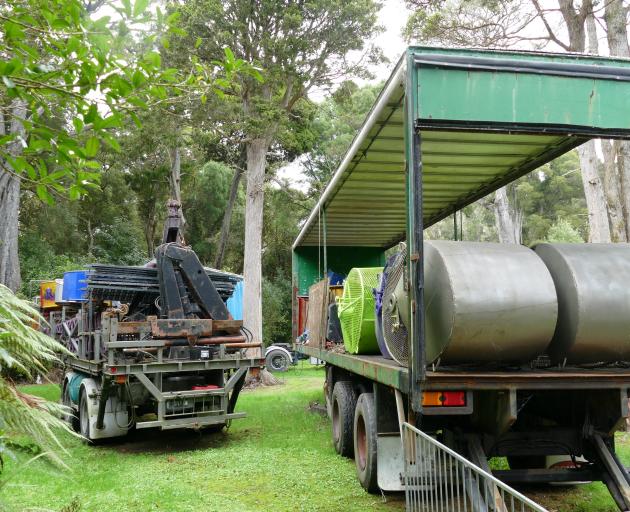 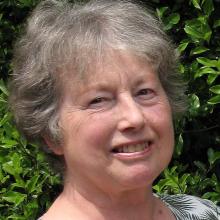 Jane Young
South Otago Forest & Bird contacted the Otago Daily Times yesterday to share continuing correspondence with the Clutha District Council about the equipment, which the group said was stored on a council-owned reserve adjoining the Pounawea Motor Camp in the Catlins.

The correspondence says the equipment belongs to the lessee and manager of the motor camp.

That individual is not resident at the camp at present.

In an email yesterday morning to council community facilities supervisor Bernadette van der Lem and other staff, South Otago Forest & Bird chairwoman Jane Young said the group became concerned the equipment was being stored illegally on the reserve in February this year.

"Member Jim Young ... carries out voluntary predator control work in the Pounawea Reserve. He became increasingly concerned about [its] state, which at present resembles a deserted fairground.

"[We are disappointed] the council has failed to live up to the responsibilities it assumed in 2013, i.e. to keep the area in question clear and isolated from use by vehicles; and to maintain it for public use for recreational activities."

She described the equipment as a "dangerous eyesore", which could lead to an accident if children were to explore the secluded reserve unobserved.

"As of May 7, there were no signs of any remedial action being taken.

"[It is] necessary to make it crystal clear that illegal actions that harm the environment will have consequences."

In response to questions from the ODT, the council released email correspondence between Mrs van der Lem and Mrs Young, maps, and other documents detailing the council’s reserve management regulations.

In an email dated April 12, Mrs van der Lem told Mrs Young the reserve was owned and administered by the council.

"Council is working to get this equipment removed from the reserve land that is adjacent to the camping ground. This obviously is your concern and the focus of your complaint. We are totally in agreement that this equipment needs to be removed and we would appreciate you being patient in allowing us time to work through the process."

The council did not provide any further update on the status of the group’s complaint yesterday.

The reserve previously became embroiled in controversy, after the current manager cleared it of native bush in 2009.

In her email to the council yesterday, Mrs Young said that act also appeared to have gone unpunished.

"As far as we are aware, the only material consequences experienced by [the lessee] were that they were required to take responsibility for the planting of $1000 worth of native plants elsewhere in Pounawea. To the best of our knowledge, few of these have survived."

In 2013, the camp manager’s request to extend the camping ground into the felled area was rebuffed, after South Otago Forest & Bird and others objected to the council.

As a result of this process, the council formed the reserve, and put regulations in place managing its use.

These included an undertaking that "the area be left clear and maintained by council for use by the public for recreational activities excluding camping".

We stayed at the camp last month for 3 nights in our caravan. I agree there is a lot of ugly stuff stored by the caretaker house and onto the camping area itself. While it is fenced off it does seem to conflict with the great setting of this camp. I would agree it is not the right place to be storing such equipment. While I do not think it is a safety issue it is certainly ugly and not in keeping with why people enjoying staying there. It was an enjoyable stay except for the eyesores and mess around the caretakers accommodation.

What's "ugly" to you can be beautiful to someone else.