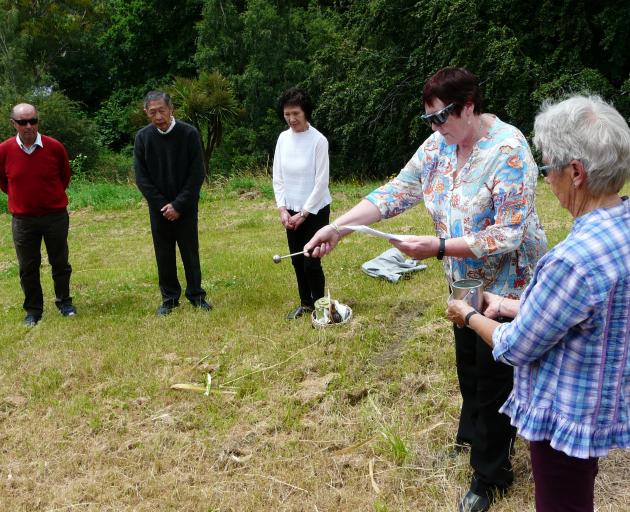 She hoped the second phase, which would run into early February, would continue to shed new light on the identities of those buried in "old'' and "new'' cemeteries at the town's Ardrossan and Gabriel Sts, and the ways in which they got by.

"During our initial exhumations, we were able to examine 11 graves, both here in Ardrossan St, and at the part of the present day Lawrence Cemetery known as the Chinese section.

"That has begun to reveal some interesting facts about the health issues many early settlers faced, and hinted at some of the social interactions and societal attitudes in play in the 1860s and 1870s.''

Common among many of the skeletons exhumed was evidence of poor dental health, which was often linked to other health issues, Prof Buckley said.

"We're still performing chemical analysis of bones to try to establish people's diet, but dental problems are evident from an early age, including caries [cavities] and gum disease, which could be down to poor diet or other factors.

"There's also evidence of vitamin D deficiency in some individuals which, interestingly, has parallels with present-day public health issues.''

Although many of the Chinese settlers were buried in what were known as ``paupers' graves'', evidence from discoveries of preserved woollen and leather clothing spoke to the respect with which their burials had taken place.

"There are some very interesting artefacts emerging, with well-preserved clothing elements, buttons and even shoes placed in graves with burials.''

"We know prior, historic exhumations took place for the purposes of repatriation of some of those buried here, but records weren't kept. By looking at the DNA of those still buried here, we may be able to establish links to descendants and allow some of those unmarked to be identified and honoured formally.''

Mr Wong said both the blessings and wider archaeological project were for "all races''.

"We believe some of those early Chinese migrants married and had families with marginalised female settlers. It would be nice to see evidence of those relationships come to light through this project.''