It was a day of mixed feelings in Balclutha yesterday, as employment fortunes ebbed and flowed.

As the town reeled under the news nine jobs would be lost at the long-standing, town centre H&J Smith department store, Countdown restated its commitment to building a new supermarket in Balclutha, bringing with it up to 80 positions.

Clutha Mayor Bryan Cadogan said the news was ‘‘symptomatic’’ of the situation following Covid-19’s dramatic effects on the economy.

‘‘You never know quite what’s coming at you. 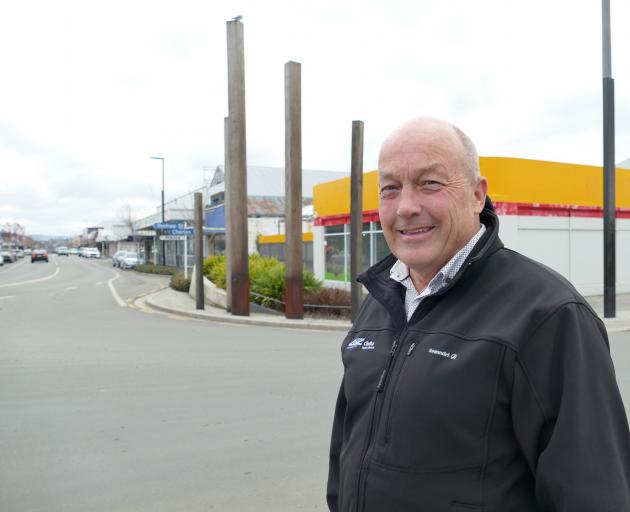 Bittersweet ... Clutha Mayor Bryan Cadogan stands in front of the proposed site of a new Countdown supermarket on Balclutha's Clyde St yesterday, after the announcement of the planned closure of the town's H&J Smith department store.PHOTO: RICHARD DAVISON

‘‘Our thoughts are with the staff and their families right now, but there’s also a positivity to be taken that we’re still in a position where ... we can look to the future.’’

He said Countdown had informed him the Covid-19 crisis had not significantly affected its plans for a 2500sq m supermarket opposite the town’s War Memorial Hall.

‘‘We’re really pleased to have received consent to build a brand new store in Balclutha. It’s a part of the country we’ve been looking at for some time, and we think a Countdown will provide a great new choice for the community.’’

The store was expected to create about 80 jobs, and would open during the second half of next year, he said.

Mr Cadogan described the situation as ‘‘one step forward, one step back’’, and said economic development agency Clutha Development would be working to link people with jobs through its new ‘‘Work Local’’ initiative, launched this week.

‘‘It’s time to circle the wagons, [and] see that there’s a bigger picture than convenience. Go down and tell H&Js how convenient online shopping is.’’