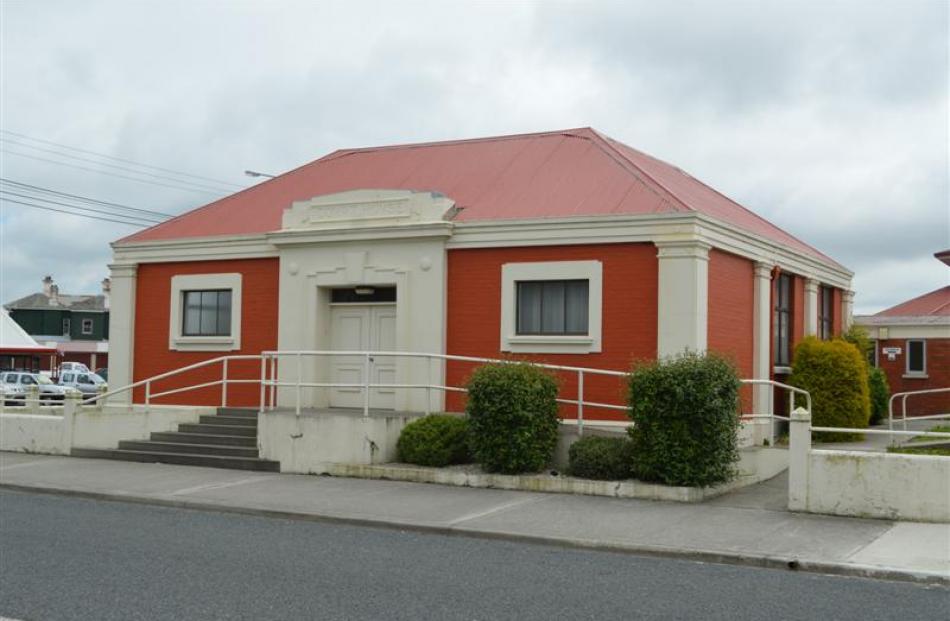 The Balclutha courthouse, built about 1925. 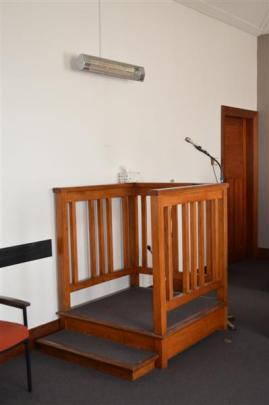 The dock doubled as the witness box. 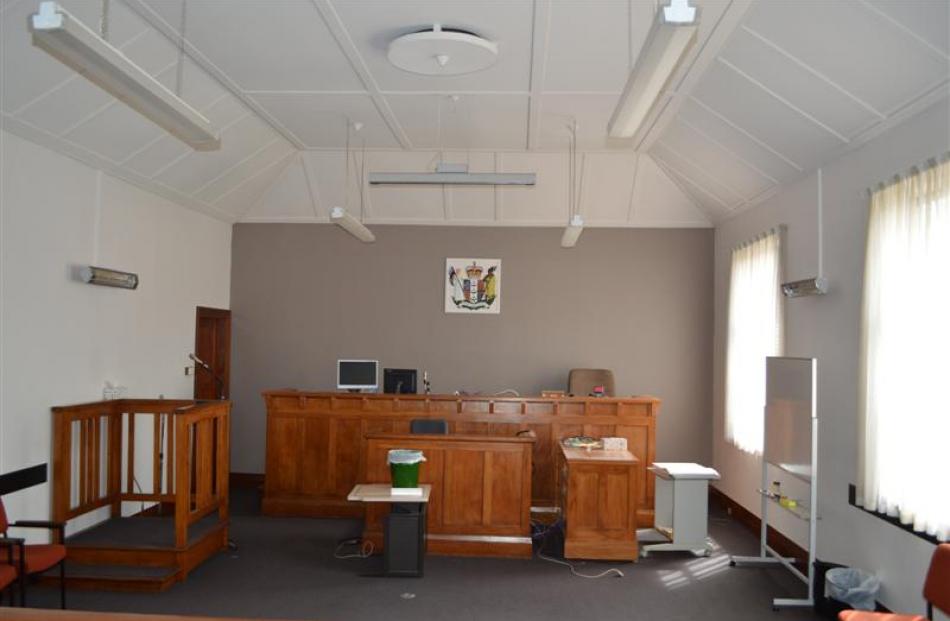 The courtroom, looking towards the judge's bench from the public gallery. Like the rest of the building, it is in the process of being emptied. 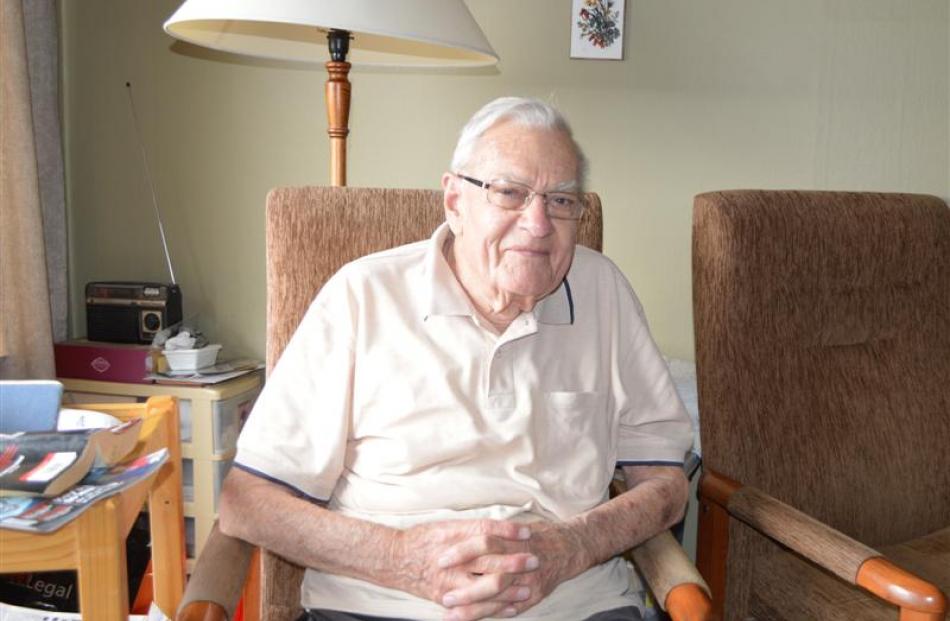 The Balclutha District Court is due to be closed formally this month. Balclutha reporter Helena de Reus steps inside the courthouse for the first time in two years to uncover some of its history.

When the Ministry of Justice announced the closure of the Balclutha courthouse in November 2011, some wondered if it meant the end of court services in the town.

Their fears were soon realised.

The decision to close seven district courthouses after testing in the wake of Christchurch's earthquakes came as a shock to all.

Hearings in Upper Hutt, Masterton, Feilding, Rangiora, Oamaru and Balclutha ceased from December 1, 2011, the day after the announcement was made. In the meantime, Balclutha court was held in Gore, with Family Court hearings in Dunedin.

In Balclutha, a group of lawyers, police, the district mayor and support agencies soon began fighting to keep court services in the town.

They poured time and energy into finding alternate venues for court hearings, but the ministry said none were suitable.

In December 2011, Noel O'Malley, who has practised as a lawyer in Balclutha for more than 30 years, told the Otago Daily Times every sector had been disadvantaged by loss of hearings in Balclutha. Employers, lawyers, victims, witnesses, court staff, police and Corrections were affected, plus families and those needing the Disputes Tribunal.

At the end of 2012, Courts Minister Chester Borrows confirmed court registry offices in Oamaru and Balclutha would close in March as both venues were downgraded to hearings-only courts. Then last April

long-serving registrar Ron MacMillan left the town after 31 years in Balclutha. Dunedin and Gore registrars looked after court hearings in Gore until the Balclutha District Court was shifted to Dunedin after its September 2013 sitting.

Each Balclutha court sitting in Gore cost the ministry more than $1000 in travel costs for a Dunedin lawyer and two Clutha lawyers.

Police were unable to supply fuel costs for the Clutha policing district in the past five years or the hours and fuel costs associated with transporting prisoners, when requested by the Otago Daily Times under the Official Information Act.

However, the Otago Daily Times understands each Balclutha court sitting in Gore took two police officers out of the district to carry out court orderly duties and transport prisoners. The extra travel between the Otago Corrections Facility at Milburn and the Gore District Court sometimes saw officers working longer days.

In September, the Balclutha District Court, sitting in Gore, was told by Judge Stephen Coyle it was the court's final sitting for the foreseeable future.

''The effect on the Balclutha community has been significant,'' he said.

Dunedin judges favoured having a Balclutha court day in Dunedin, but the proposal did not find favour with the ministry. The final blow for Balclutha came last December. Mr Borrows announced the Balclutha District Court was closing and its services were going to Dunedin.

Last month a spokesman for Mr Borrows said the removal of equipment from the courthouse was already under way, and the registry would be formally closed next month. The Ministry of Justice would gazette ''revocation of appointment'' this month.

The ministry will transfer the Balclutha property to Land Information New Zealand (Linz), which will consult Ngai Tahu on whether it wants the property under the Ngai Tahu Claims Settlement Act (1988). Linz will then arrange for the disposal of the site, either to Ngai Tahu or on the open market.

• One of the Balclutha registrars before Mr MacMillan, Jim Taylor, recalled how busy and varied the role was.

Mr Taylor (87) moved to Balclutha in 1968 to become the town's registrar. It was a promotion from his role as a court clerk in Nelson.

Back then, the registrar was based in the courthouse, working 8am to 5pm, five days a week.

Court was held monthly, with Saturday sittings on the very rare occasion.

''He was a very good judge. He had a lot of local knowledge and was a very reasonable man, Mr Taylor recalled.

Very few young people appeared in court and there were ''quite a lot'' of traffic offences, he said.

Mr Taylor finished as registrar in 1972, and has not been inside the courthouse since.

The recent closure of the courthouse and withdrawal of court services was a major blow to the Clutha community, he said.

''Not only should justice be done, it should be seen to be done.''

• To lessen the load on local justices of the peace (JPs), a service centre was created last month in the Clutha Information and Service Centre at 4 Clyde St.

Staffed by South Otago JPs on a roster system, the centre is open every Friday afternoon from 2pm to 5pm. They are able to witness signatures, verify copies of documents and complete affidavits and declarations.