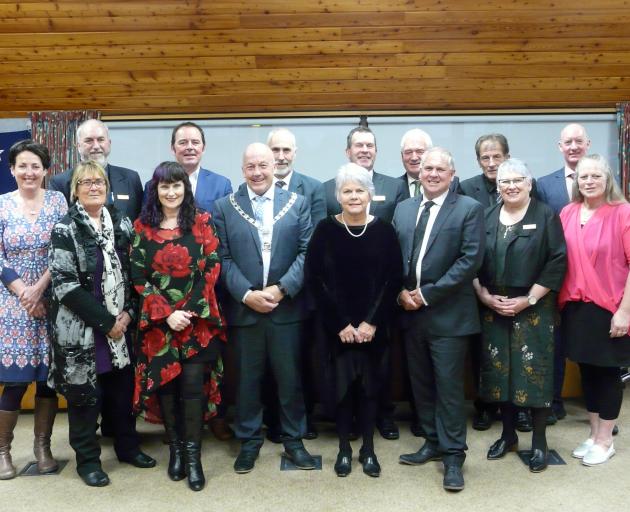 Mayor Bryan Cadogan, re-elected unopposed for a fourth term, spoke of his pleasure in welcoming returning and new councillors to the Clutha table, and his excitement at the district's "vibrant" potential.

Several councillors also expressed their commitment to and excitement regarding major civic projects earmarked for the coming three years.

These include $7.8million of streetscape and swimming pool upgrades for Milton, and a new, estimated $20million "community hub" for Balclutha.

Local runanga representatives Peter Williamson and Hayley O'Connell welcomed councillors, staff, family and friends to the council chambers in Balclutha with a formal karanga and powhiri.

During his swearing-in speech, deputy mayor Stewart Cowie said it was his privilege to represent the Clutha Valley ward once again.

"We're all here to act in the best interests of the Clutha district."

West Otago ward councillor John Herbert said he had enjoyed the "dignity and respect" with which the council had comported itself during his preceding three-year term.

"Being sworn in tonight, I wonder if we're in for three years of tricks, or three of treats," he said.

Mayor Cadogan closed the meeting on an optimistic note.

"We entered as individuals. Now, following the declaration, we act as one council.

"I can't wait for the next three years."