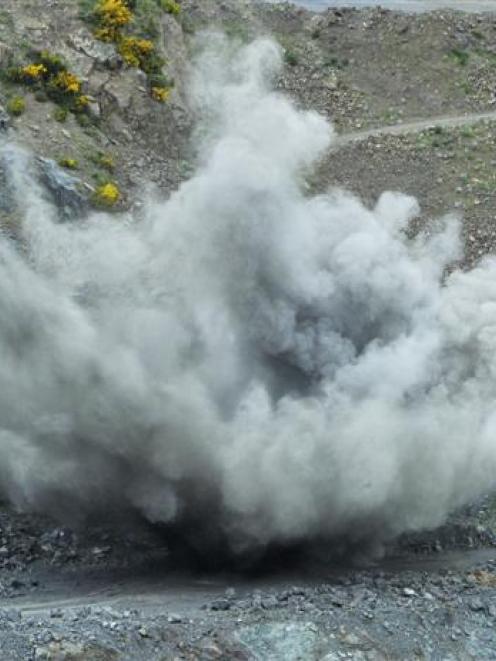 The controlled detonation of a quantity of gelignite in a quarry a few kilometres inland from Balclutha yesterday.
Balclutha police were "surprised" to find boxes of explosives on their front doorstep yesterday, but said the farmer who caused the explosives scare may not face charges because he brought the explosives to the station in good faith.

About 40 people were evacuated from houses and business across several blocks of the Balclutha central business district yesterday morning after Puerua farmer Donald Lockhead dropped off boxes containing about 60 sticks of degraded gelignite and detonators to the Balclutha police.

Clyde, Larnark, Drumclog, Renfrew, James and John Sts were cordoned off for nearly four hours while the police waited for New Zealand Army bomb experts to be flown by helicopter from Christchurch. 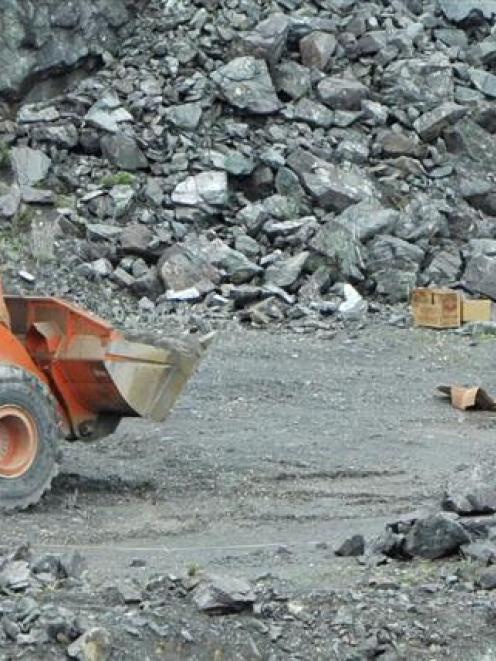 Army explosives experts prepare the gelignite for detonation. Photos by Gerard O'Brien.
Sergeant Martin Bull, of Balclutha, said the farmer had discussions with someone at the police station about the gelignite last week, but it was still "a bit of a surprise" when he delivered it to the station yesterday morning.

Police would be inquiring into why Mr Lockhead had the gelignite and detonators, estimated to be about 10 years old, and where they came from.

He was not sure if charges would be laid because Mr Lockhead brought them to the station "in good faith" for the police to dispose of.

When contacted by the Otago Daily Times, Mr Lockhead said the matter was in police hands, and he had no comment to make. 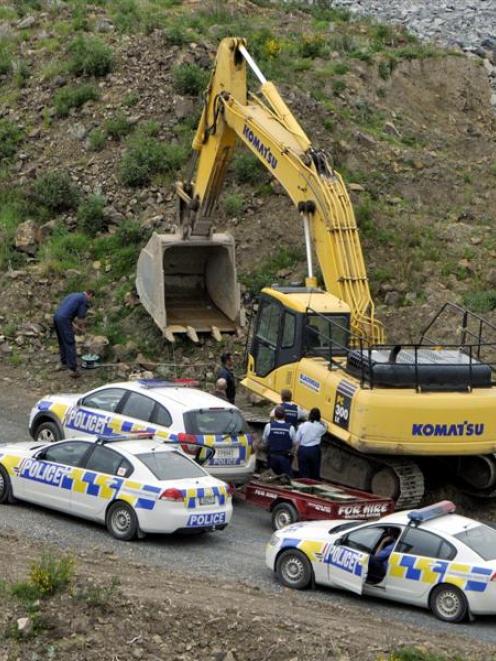 Police and army explosives experts take cover before the gelignite is blown up.
Balclutha Primary School, on Larnark St, was not evacuated, but principal Paddy Ford said the school's board of trustees were notified of the situation.

The Blondee Hair Studio on Clyde St changed its answer machine message yesterday to say the studio was "closed until probably just after 1pm. There seems to be a bomb scare and they are kicking us out of the building."

Owner Selena Aitken-Boyle was halfway through applying foils to a client's hair when the police asked them to evacuate the salon.

"They told us we couldn't return till after 1pm... I was thinking about taking her [the client] home to wash her hair out in my shower." 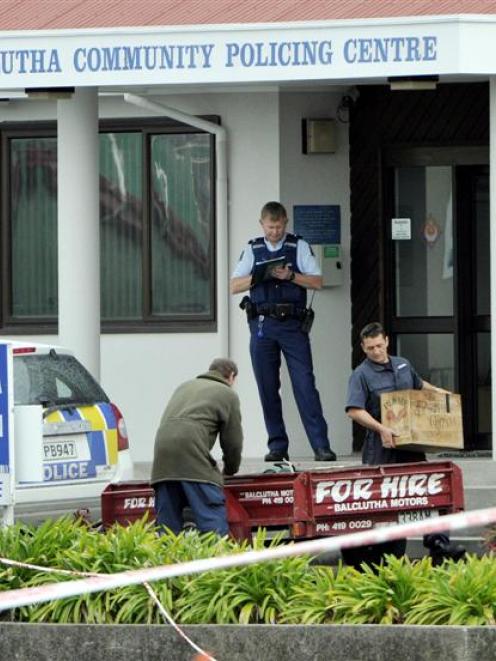 Cartons of gelignite are removed from the steps of the Balclutha Police Station.
Many people who were evacuated simply went out for a nice lunch, but the two staff and three clients at her salon were "the unlucky ones", she said.

Mrs Aitken-Boyle was reluctant to move too far from the salon with clients halfway through their colour treatments, so they stood on the other side of the road until the gelignite was removed from the police station an hour later.

James St Caltex service station employee Brodie Ollerenshaw was at the Balclutha swimming pool when the cordons went up.

She was intending to have a shower before starting work, but found both her workplace and her Renfrew St house had been cordoned off.

"I went to talk to the cops and see what was going on ... and was told I was not allowed to go back to the house."

The boxes of gelignite sticks were transported to a quarry on Clutha Valley Rd by a convoy of police cars, which then formed a cordon at points along Clyde St, the Balclutha bridge, and a section of Clutha Valley Rd.

The two-man army bomb disposal team spent about an hour preparing the sticks for detonation and covering them with a pile of rock before blowing them up.

The blast, which sent a large cloud of dust and rock debris into the air, was followed by a loud shock wave a few seconds later.