'He took it really hard, he struggled to cope' 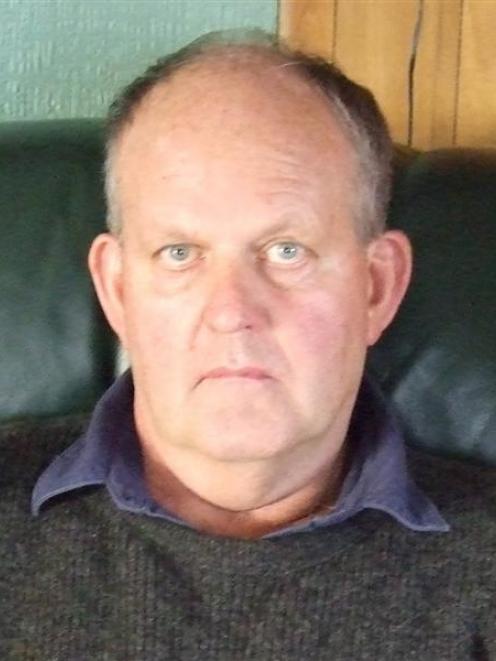 Bevan Smith
The fight to keep his daughter's killer behind bars exacted a heavy price mentally and physically on Owaka man Bevan Smith, who has died aged 60.

His widow, Dawn, said her husband died on Christmas Day in Dunedin Hospital, after suffering a major stroke on Christmas Eve.

Along with his wife, Mr Smith fought to keep Paul David Bailey in prison, for postponements of his parole hearings, and for changes to the justice system. Bailey raped and murdered the couple's 15-year-old daughter, Kylie, in November 1991 while on bail for the attempted rape of another girl.

The couple attended Bailey's 2005 sentencing for the rape of a 12-year-old girl between 1989 and 1990, after which they said he got off lightly, with an additional three years on top of his life in prison term. The couple had supported the victim.

In June, 2010, Bailey was denied parole, and would not be eligible to be considered for parole again until 2013.

Mrs Smith said her husband's death was a shock.

His health was never the same after their daughter's death.

"Since we've lost Kylie his mental and physical health has been a huge issue.

"Whenever we had Parole Board hearings to go to, which after the first 10 years was every year, Bevan's mental health just went zero. He took it really hard, he really struggled to cope with it." The family had achieved postponements, meaning less frequent parole hearings.

This meant the next time the family would face the ordeal was 2013, at which time they would fight yet again to keep Bailey locked up.

"We'll be there, don't worry, we're not giving up this battle." Parole Board hearings had improved, becoming less formal and daunting for families, Mrs Smith said.

Mr Smith was a plumber for 42 years, and Mrs Smith believed the pre-Christmas rush of jobs played a part in the timing of his stroke.

The stroke happened after Mr Smith returned from a fishing trip with a neighbour.

HE had had a wonderful time in the neighbour's new boat, and was very happy to be home for tea, laden with fish, she said.

She thanked medical staff at Dunedin Hospital, the rescue helicopter service, emergency services, and other medical staff, for the excellent treatment her husband received. She also thanked the "fabulous" Owaka community, which was rallying with visits and support.

The funeral on Friday in the Owaka Community Centre would likely be well attended, she said.

The couple would have celebrated their 40th wedding anniversary next month.

"I will miss him dreadfully ... OK he wasn't perfect and we had our ups and downs, but we got through them.

Sensible Sentencing Trust spokesman Garth McVicar, who was travelling from the North Island for the funeral, said Mr Smith suffered terribly through the parole hearings and the strain affected his health.

"We think Paul Bailey has killed twice now, he killed Kylie and had a huge part to play in Bevan's death as well. Not just Bailey, the system as well."

The treatment of victims was now better, and the parole system had undergone reform. Mr Smith's legacy was in pushing for these changes, and making the public more aware of victims and the suffering of families.

He was a "lovely gentle man", whose generous "bear hugs" were requested by others at trust conferences, Mr McVicar said.

"The pain was in his eyes all the time of losing his daughter," Mr McVicar said.