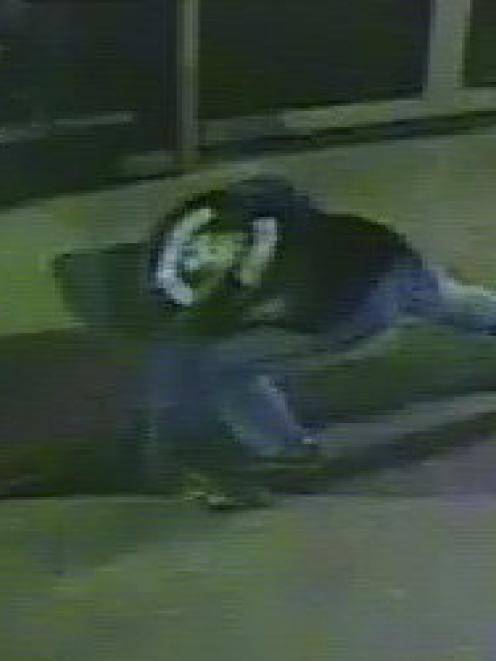 Police ask for sightings of this man man wearing a black hooded sweatshirt and blue jeans. Photo by NZ Police.
Police are seeking information after two burglaries in South Otago early on Wednesday.

Acting Sergeant Murray Hewitson, of Balclutha, said a man smashed a glass door at the Rosebank Super Liquor on Wilson Rd and entered the store shortly before 4am.

Surveillance footage showed a man wearing a black hooded sweatshirt and blue jeans smashing the door and entering the store.

About an hour before, someone had smashed the glass door of the Waihola Store, climbed into the building and attempted to open the cigarette case.

Senior Constable Jim Jordan, of Milton, said the security alarm and the sound of the cigarette case hitting the ground startled the offender, and he fled the scene.

He said a white Subaru Legacy sedan, possibly a 1989 or early 1990s model, was seen leaving the area with its headlights off.

Anyone who saw a car matching that description, or saw anything suspicious in either area is asked to contact the Balclutha police on (03) 418-0203.