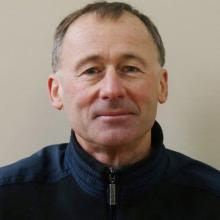 However, Lund South managing director Russell Lund said he would continue to pursue a complaint against the consultant engineer hired by the council for the project.

A redacted version of the Building Disputes Tribunal adjudication report on the case from March last year was released by the council on March 27 this year. It described its handling of the originally $3.6million project in 2011-12 as ``a complete mess''.

In his report, adjudicator John Green found in favour of complainant Lund South, and ordered Clutha District Council to pay $1,877,271.61 for a budget overrun.

Lund's original claim, which included interest lost, was for more than $7million.

Although both Mr Lund and Clutha Mayor Bryan Cadogan said they now wished to ``draw a line'' under the affair, Mr Lund also said the dispute had highlighted wider problems facing contractors in the industry today.

``It's a common issue in the construction industry that consultants are professional enablers of bad behaviour by clients. In this particular situation, documentation was poor from the outset, which led to a misunderstanding on the council's part of expected variations. Eventually [council] said, `We're not paying you another cent,' which is where things broke down altogether.''

Mr Lund said he had recently lodged an official complaint with the NZ Institute of Quantity Surveyors about the project engineer.

Despite satisfaction with the eventual verdict and payout, the experience had left Lund South wary of engaging in further commercial contracts, Mr Lund said.

``Effectively we're not operating as a commercial contractor any more. It's simply too much trouble with the relative level of risk and reward available and, if you look around, we're not the only firm of our type affected by the bad behaviour out there.''

Mr Cadogan said, despite multiple ``deficiencies'' in the council's project management and execution, it had been right to defend its position.

``Obviously, the best resolution would have been if it hadn't cost council and the ratepayers anything. But our decision to defend the claim was the best resolution because it was for more than $7million and we were not going to write a cheque for some settlement based on that amount.''

A proposal to recoup the near $1.9million loss on the project had been included in the latest long-term plan, out for public consultation today.

Under the proposal, council general reserves would cover $300,000, with ratepayers offsetting the remainder over 25 years, at $10.81 per year.

Mr Cadogan said comprehensive changes in council practice had been made since the dispute arose, which would ensure a similar situation would not recur.

``All possible measures are now in place, such as an audit and risk committee with an independent chair, and major project supervisory groups, to ensure this can't happen again.''