The Clutha District Council says it has resolved issues identified in a recently released Ministry of Business, Innovation and Employment report on enforcement of building regulations.

The MBIE assessed the effectiveness of 23 councils on responsibilities under the 2004 Building Act.

These included amending compliance schedules (not captured by the building consent process); and enforcing the building warrant of fitness (BWoF) system via on-site audits, notices to fix (NTFs) and infringement notices.

Clutha, was assessed in 2015-16, and was one of 16 councils with a backlog of compliance schedules requiring amendment, and one of 15 ``underperforming'' on the administration and enforcement of BWoF provisions.

At the time of assessment, the council reported to MBIE it had carried out no on-site BWoF audits during the designated period, nor had it issued any NTFs or infringement notices.

Figures for amended compliance schedules were unable to be supplied by Clutha at the time.

``[We have] installed a new computer system so we are starting again to review all of our compliance schedules. The review method we have adopted will ensure that all systems are correct.''

Mr Sinclair was unable to say what percentage of schedules remained out of date, but said council was now working with building owners and assessors to ensure full compliance.

``One of the common themes noticed was building owners and/or occupiers did not completely understand their obligations under the 2004 Building Act. We're working to improve this.''

He said incomplete or out of date BWoFs, arising due to failures in assessment and recording, meant building safety could be compromised.

Clutha District Council's failure to fulfil its responsibilities at the time had also arisen due to local staffing shortages, a situation reflected nationwide, he said.

A part position to increase resources for this had been included in the council's long-term plan.

Building consent applications were now also issued with a draft compliance schedule to ensure all systems were identified at completion stage, he said.

Although the council's improvements in the area of territorial authority responsibilities were welcomed, they were still a ``work in progress'', an MBIE spokesman said.

``[With] a dedicated compliance schedule/BWoF staff member in place ... significant improvements have been made in these areas. [However], the task of updating and providing the same degree of specificity to the outstanding compliance schedules is still a work in progress for Clutha District Council.'' 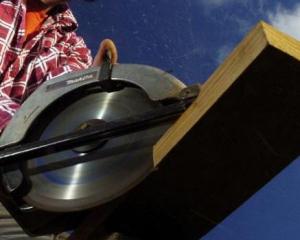