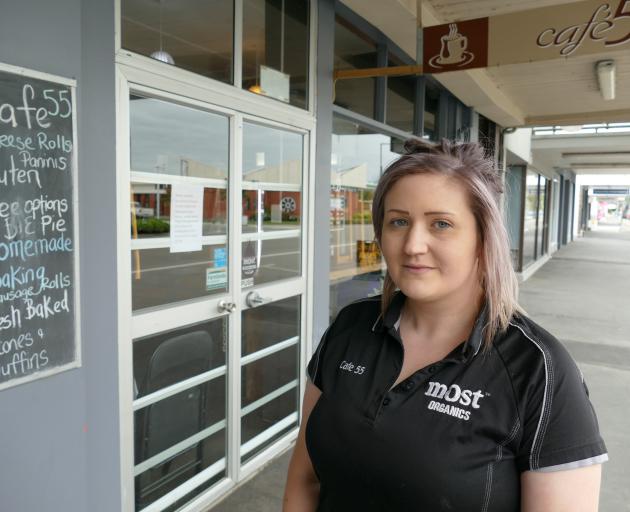 The fees — which are out for consultation at present — could increase some business’s trade waste charges by a factor of 46, if approved by Clutha District Council this autumn.

In its consultation document Proposed Schedule of Fees & Charges 2020-21, the council provides working examples of the effects of the proposals on various businesses.

At present, businesses pay a multiple of the fixed domestic discharge rate, of $462.60.

Under the new regime, a stockyard sale would attract a waste fee of $21,587 — more than 46 times that amount.

Cafe 55, Balclutha, co-owner Jackie Martin said that was a ‘‘huge’’ increase, and could present a serious challenge to businesses already compassing the effects of economic uncertainty this year.

‘‘That seems like an awful lot. That’s a huge amount of money to us as a small business.

‘‘In common with many other hospitality businesses, we’re not in it to make a fortune, so every dollar counts.

‘‘It’s a bit of a worry with everything else going on right now.’’

‘‘We introduced a Trade Waste Bylaw in July 2019, the charging component of which will be introduced from July 1 this year.

‘‘Currently, a small granny flat has been paying the same as a large motel and this simply isn’t fair. The aim of the charging is to be equitable and reflect the impact a trade waste discharge has on the wastewater system in terms of flow/volume and concentration of contaminants.’’

He said businesses would be supported during any transition.

‘‘Council has employed a staff member to work with our business customers to reduce trade waste and water usage.

‘‘They will be engaging with businesses to explain the changes, and to work with them to reduce their costs.’’

The first charges under the new scheme would not be levied until October, he said.

To date, the council had received no submissions on the proposals.

Submissions close at 5pm on Wednesday.