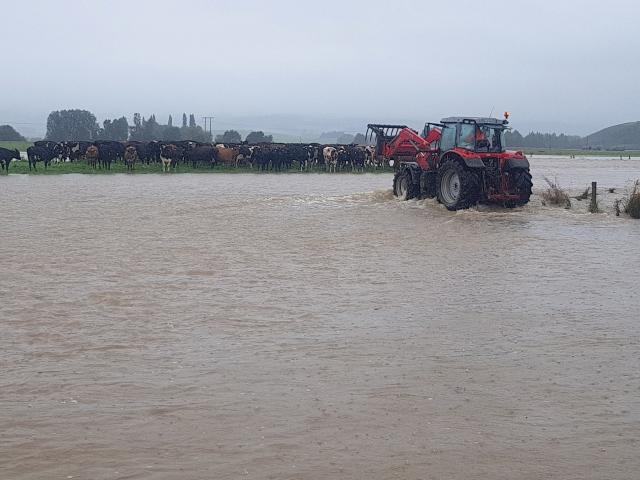 The Clutha District Council says it has resolved issues identified in a recently released Ministry of Business, Innovation and Employment report on enforcement of building regulations.

A longstanding dispute between Clutha District Council and construction company Lund South over the Balclutha Centennial Pool upgrade is now considered settled by both parties.

The new chief executive of the Clutha District Council has a management level bureaucrat's fascination with the obscure disciplines of strategic alignment and systems thinking.

Clutha Mayor Bryan Cadogan has returned for a second term in office, after a landslide victory. Mr Cadogan (54) spent Saturday evening celebrating his mayoral victory and his 30th wedding anniversary with wife Allyson at home in Balclutha, joined by friends and family.
While the mayoral race took centre stage in Clutha, only two of its wards and one community board held elections - Lawrence-Tuapeka and its community board, and Balclutha.

After a ''long, hard'' 24 years with the Clutha District Council, chief executive Charles Hakkaart has resigned, effective from January 10.
Several Clutha councillors yesterday expressed their disappointment with comments from one of their own as the mayoral race heats up.
Balclutha could get its own town icon, after the council decided to investigate adding one to the $2.6 million main street upgrade.

A request to extend the lease and area of the Pounawea Camping Ground has drawn a mixed reaction from ratepayers, with the council indicating it will decline a ground extension, but grant a longer lease.

Two experienced candidates are vying for the Clutha mayoralty - the incumbent, Bryan Cadogan, and deputy mayor Hamish Anderson.
The race for the Clutha mayoralty has begun with a hiss and a roar, but Clutha Health Incorporated was left with only one nomination for its five community directors.
New speed limits will be in place on State Highway 1 north and south of Balclutha from Monday.

The future of the Clutha district's youth programmes is looking up, following interest from two outside funders.

User of the Clydevale bridge will have to find an alternative route when strengthening work begins next month.
The Central Otago District Council has awarded the water services maintenance contract to Fulton Hogan for $1.2 million. The Fulton Hogan tender was selected from four shortlisted tenders.

No-one aged under 24 will be unemployed in Clutha by the end of the year, Mayor Bryan Cadogan says, so confident is he that a new training course is equipping the district's young people for jobs.