Delays next month as bridge strengthened 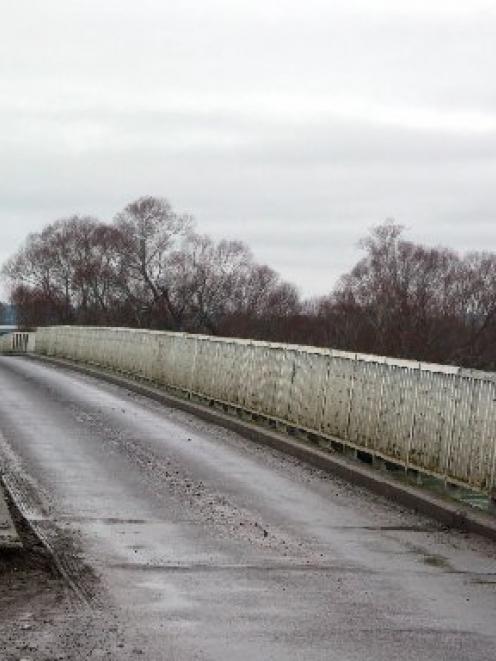 The Clutha District Council last month awarded the deck and beam upgrade contract to Fulton Hogan for $418,052. The upgrading work will bring the bridge up to full heavy vehicle capacity.

From July 15 to September 30, the bridge will be closed between 7am and 6pm Monday to Friday, and 7am to 5pm on Saturday as work is carried out.

The Clydevale bridge spans the Clutha River about 22km northwest of Balclutha. It is a key transport route, as some oversized loads cannot be taken over the Balclutha bridge.

The bridge also serves as an alternative route when the Beaumont bridge, on State Highway 8, is closed for repairs.

Council district assets manager Jules Witt said the council wanted to give ample warning before the closure, and had put signs up at either end of the bridge.

He said the Tuapeka Mouth Ferry, about 10km upstream from Clydevale, was an alternate Clutha River crossing but would not be suitable for all vehicles.

Upgrading and strengthening the bridge deck and beams would bring an end to weight restrictions and restore the bridge to class 1 heavy vehicle loading capacity.

Weight restrictions (50% of class 1; 23 tonnes maximum) were placed on the bridge in November 2009 after an investigation found it was not initially designed and constructed for class 1 (44 tonne) loads.

An overweight permit system has been in place since, to allow qualifying vehicles to continue to use the bridge.

The council originally tendered the strengthening project as one contract for the deck and beam upgrade, as well as pile repairs.

However, the components of work were then separated into two contracts and re-tendered in March, in order to attract more competitive pricing, Mr Witt said.

It became apparent the underwater bridge pile repairs and cleaning component had put some contractors off tendering.

The New Zealand Transport Agency last year approved its 69% share of funding for the strengthening project, estimated to cost a total of $974,000.

The unused funding from the bridge deck and beam upgrade will be carried over to the 2013-14 year and allocated towards the pile repairs contract.