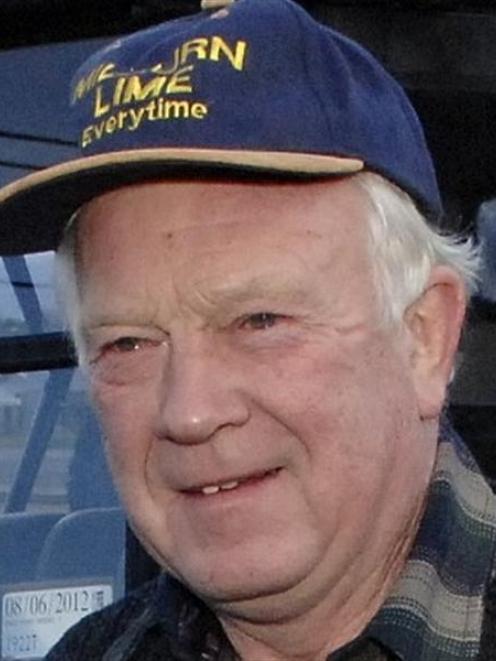 Roger Mahan
The Clutha District Council will fund a feasibility study on the proposed $5.5 million heritage machinery museum in Milton.

At its meeting last week, councillors agreed to spend up to $20,000 on a feasibility study, following a funding request from Roger Mahan and the New Zealand Cultural Heritage Trust.

Earlier this year the trust was granted resource consent to create a community complex, museum and cafe.

The trust was founded in 2003 by Mr Mahan, the managing director of Milburn Lime Ltd, and was formed to work with the Department of Culture and Heritage to protect and display heritage machinery, tractors, traction engines and artefacts.

The proposed complex would be mainly composed of a museum, with an adjoining cafe and amenities on the corner of State Highway 1 and Helensbrook Rd, next to McLay Boats.

A letter from law firm Farry and Co, written on behalf of Mr Mahan and the trust, asked the council to contribute to the project.

The money would be put towards a cafe, meeting rooms, kitchen and toilets.

In return for the council's contribution, Mr Mahan would gift the land and buildings to the council and enter into a perpetual licence for the use of the vintage machinery which he intends to display.

It stated it was intended that the museum would house a collection of Mr Mahan's vintage machinery which includes vintage and veteran cars, motor vehicles, motorbikes, lorries, earthmoving equipment, steam traction engines and hot-air machines. The museum would also hold other collections from around the district.

The letter said the collection was highly valued and appreciated by many organisations and clubs and had been recognised by local and international organisations. The total cost of the project is estimated at $5.5 million which includes the land, building and private collection.

The resource consent application said it would be similar in design to McLay Boats, about 10,000sq m and include a high ceiling to allow all types of machinery to be displayed.

Vehicle entry to the museum would be from Helensbrook Rd, with two access points. The car park would have room for seven buses and 45 cars, including disabled parking.

A report by corporate services manager Alan Dickson said the request gave the council the opportunity to explore promoting the district through a purpose-built facility and to review its investment in information centres and the location of its i-Site.

The council decided to fund a feasibility study from its opportunities fund.