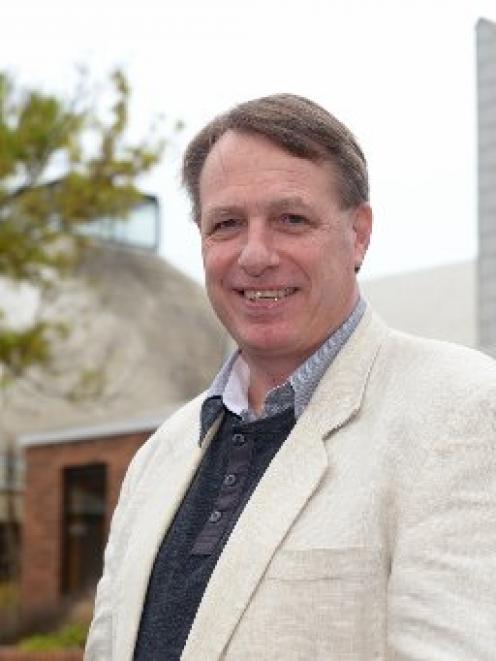 But if that sounds like a recipe for a dull afternoon in Balclutha, he can also spin a yarn about negotiating with gun-toting, balaclava-wearing soldiers in the tropics, while extricating New Zealand navy sailors from a sticky situation.

That quiet and urbane derring-do, mixed with a university education in management studies, is the modus operandi of Steve Hill, who this week began his role heading a staff of about 75.

Mayor Bryan Cadogan has expressed delight at the appointment of the former group manager for customer services at the Western Bay of Plenty District Council in Tauranga.

Mr Cadogan highlighted his ''extensive local government experience from holding varied portfolios at Western Bay of Plenty, one of only two councils in New Zealand to have achieved a `gold level' in an internationally recognised business excellence performance framework''.

The 52-year-old Mr Hill was born in Tauranga, spent 14 years at the council there, and before that 15 years in the Royal New Zealand Navy.

He was schooled in Hamilton, and went straight from school into the Navy, in Auckland.

''My big life experience, or learning experience as an 18-year-old, was to go as an officer in the navy, or go through that training,'' Mr Hill said.

His role was as a supply and secretariat manager, dealing with logistics, pay, administration, stores, legal and catering issues - the catering being ''a big deal on a ship''.

He worked as a supply officer on the frigate HMNZS Waikato, and the HMNZS Monowai, a hydrographic survey vessel.

As well there were shore postings in Waiouru, and a year in Singapore in the 1980s.

He said the team environment was the navy's best aspect, something that develops ''on a ship where there's 250 people, and you're out there away from New Zealand for six months''.

''It was like that throughout the navy, - that camaraderie, that atmosphere, is very very hard to effect anywhere else.''

His roles included patrolling the Indian Ocean while the British fought in the Falklands, and ending up in Fiji while a coup was under way.

The Monowai was allowed in as an unarmed ship, but it was required to leave ''at very short notice one night''.

One memory was an experience in his role as duty officer, dressed up in a bow tie ''and effectively a cocktail uniform''.

''Some of our sailors had been held by the Fijians, and I had to negotiate to get them out.''

Mr Hill said that was a ''totally surreal'' situation.

''[I was] this prim and proper looking bloke trying to talk to these guys with guns and balaclavas on.''

He left the navy in 1995, and after completing a University of Waikato management studies degree with first-class honours, took a management position at the Western Bay of Plenty council.

While there he completed a master's degree in public management, and did a six-week course at Harvard.

The move to Balclutha came from a desire to ''step up to a chief executive role''.

Mr Hill's first impression of the district was of a ''large'' area geographically, with an impressive river.

On what needed to be done, he said it was clear the biggest challenge was the zero, or negative growth, in the ratepayer base.

On what he might do to turn that around, he said there was plenty of literature about how small towns had reinvented themselves.

The main thing was developing a plan to allow that to happen.

The new 10-year long term plan was being put in place next year, and that timing worked, considering he was taking up the role this year. He said the finances were in place to deliver a good plan for the district.

''My understanding of the Clutha District is its in an extremely sound financial position.''