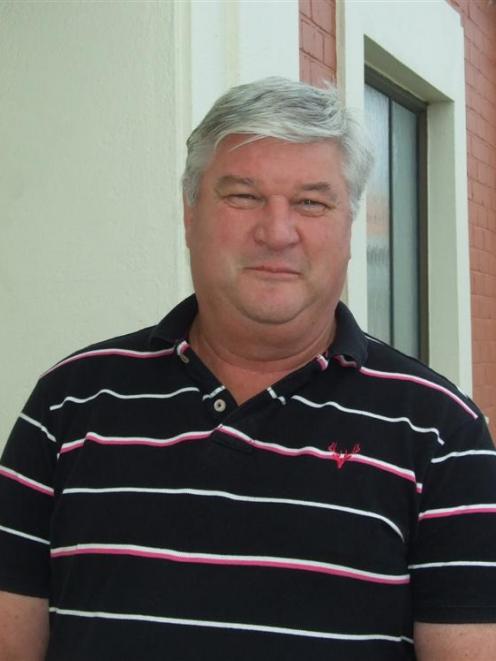 Balclutha registrar Ron MacMillan finished a 38-year career with the Ministry of Justice last Friday. Photo by Helena de Reus.
It is the end of an era with the departure of Balclutha's long-serving registrar.

Mr MacMillan has spent the past month wrapping up loose ends in the Balclutha office, as filing and other administration shifts to Dunedin.

He spent his early years in Waipori Falls and Waitati, before moving to Dunedin with his family in his third-form year. After finishing school, he stayed in Dunedin and worked in an office and the Burnside freezing works, before becoming a court clerk.

He worked in the Dunedin court for eight years, then moved to Balclutha in 1982, to a registrar's position.

Then, the registry office was based in the courthouse, which was quite cramped for two registrars, he said.

''We had to put the photocopiers in the judge's chambers.''

The registry office shifted to its present site (the former police station) in 1990.

Over the years, the role had changed.

''People used to come in to register a birth and there was the odd occasion where we had a tipple to celebrate.''

Being a registrar in a small town was rewarding, with a broad range of tasks.

''It's being able to help people. Quite often when people come into the courts, they are stressed, and being able to listen, give them some guidance and reassurance helps.''

Life as a registrar had some colourful aspects. The Balclutha courthouse was the target of a bomb hoax several years ago.

Mr MacMillan said he once fell asleep during a court sitting and was caught snoring ''rather loudly''.

''I've enjoyed the closeness of smaller communities, and it's really a very law-abiding community - it's a safe place to live and a terrific place to raise children.''

He enjoyed the proximity to beaches and bush walks.

Finishing up with the ministry was bittersweet, and the future uncertain.

''I'll miss the contact with people, particularly all the court stakeholders. The holiday will wear off soon enough ... Who knows, I may stay in Balclutha. The future is uncertain.''

''He's always been full of information, and great to deal with.''

Clutha Mayor Bryan Cadogan said, ''It was always good to have that local intellectual knowledge based here. We will miss him in the district,'' .

Mr MacMillan was farewelled by ministry staff and court stakeholders at a function in Balclutha last month.