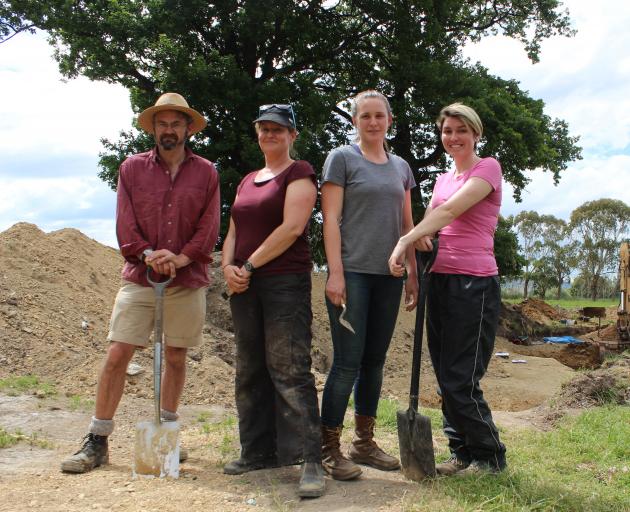 A team of archaeologists and anthropologists has been working with the Tokomairiro Project 60 (TP60) Cemetery Research Group exploring a former cemetery at Back Rd, near Milton.

The purpose was to open and identify unmarked graves at the site and investigate the ancestry and history of those buried there.

Prof Buckley said forensic testing of the remains would be used to help identify bodies.

Only seven headstones remained, yet it was believed as many as 200 bodies were buried there.

The cemetery was understood to have been opened in the 1860s. The last burial there was in the early 1900s.

''It became very neglected and disused ... and so it sort of was forgotten.''

Prof Buckley said she was surprised by the condition of some of the coffins and remains, given their age. They had been preserved better than anticipated, she said.

Four of the 14 bodies found so far had been identified from well-preserved name plates and a buried headstone.

TP60 community liaison Kath Croy has been researching some of the families thought to be buried at the site, including her own ancestors.

She was ''totally fascinated'' a body was discovered with a nameplate identifying someone not known to have been buried there.

Prof Buckley said the project would continue until December 17. Those interested in it were welcome to visit the site, but due to Ministry of Health stipulations only descendants of those known to be buried there could go on to the land.

Photographing the graves was also forbidden.