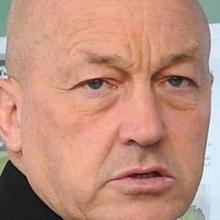 Bryan Cadogan
Progress on the bid to reopen Telford’s doors next month is happening at a "satisfactory pace", Clutha Mayor Bryan Cadogan says.

But, he said, yesterday, "we haven’t got time to blink".

"Time is not our friend. It’s just the basics; it’s just reality.

"If none of this had happened, students and their parents would have been expected to have been driving up the driveway on February 4. That’s a timeline that everyone has to acknowledge."

The future of the agricultural training campus in Balclutha was thrown into turmoil when Telford was placed in interim liquidation at the request of its board on December 19.

On Monday, a statement from the Clutha District Council said the Southern Institute of Technology (SIT) planned to submit a proposal to the Government by the end of January to reopen the training institute.

The statement did not reveal any details about the SIT proposal.

"We’re holding to the timelines that we knew existed," Mr Cadogan said.

"There’s certainly work being done in the background. The progress that we had to make by Friday, I think it’s fair to say has been made.

"We still are confident of the proposal . . . all things going well, we’re still working towards the doors opening early February.

"I do put in the proviso, obviously, there are still hurdles to be crossed."

NZ First South Otago list MP Mark Patterson said, like Mr Cadogan, he could not offer anything "too specific" about the proposal but he remained confident "we’ve pulled together a pretty solid plan".

He said ultimately a plan would need to go to Education Minister Chris Hipkins and Agriculture Minister Damien O’Connor. He and Mr Cadogan were trying to "expedite that process" so a proposal would be presented to them as soon as possible.

SIT chief executive Penny Simmonds was not able to be reached for comment yesterday afternoon. More than 30 staff at Telford suspended with no pay continued to face uncertainty, Mr Cadogan said.

A Givealittle page he and Mr Patterson started had raised $4700 for the staff. A lot was at stake for the Clutha district as a whole, he said.

"Collectively, we’re all holding our breath. Everyone has a connection to Telford. It means a lot to our district. There is the personal, there are staff, there are people involved here. But there’s also history, and very much it’s interwoven into the Clutha psyche."