Celebration, and a word to Govt

While the total number to graduate was 1220, 525 elected to cross the stage at the Civic Theatre in the two ceremonies held.

Although it had been raining heavily during the second ceremony, the skies cleared in time for the graduates to celebrate their achievements with a parade around the inner city.

Bachelor of fashion student Rosa Pili said her family had travelled from Auckland to watch her graduate.

"It feels awesome. We’re all overwhelmed and it’s been a long time coming."

She said the zero fees scheme was a contributing factor in choosing to study in Southland.

There was plenty of applause and acknowledgement of success during the ceremonies, and bachelor of hotel management graduate Danielle Banzuelo said it all went smoothly.

"It was good to hear a few laughs as well."

At the end of the ceremony, SIT chief executive Penny Simmonds took the opportunity to make a statement on the government proposal to create the New Zealand Institute of Skills and Technology, which would bring together all 16 institutes of technology and polytechnics in New Zealand.

"We are concerned that after a transition period, at the end of 2022 we will be part of one large entity responsible for over 10,000 staff, 280,000 students, $2 billion worth of assets and will be seven times the size of Auckland University."

She said they believed it would mean a loss of autonomy and innovation for the region. 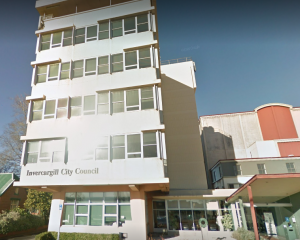