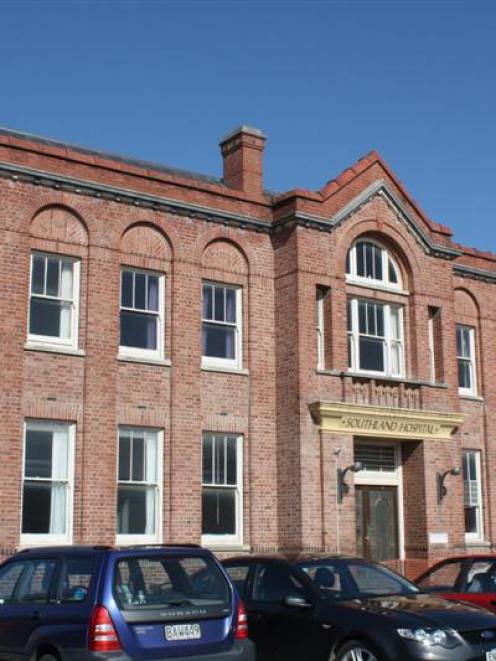 The former Southland Hospital administration block. Photo from Southland Express.
An Invercargill City Council hearings panel has called for more information before making a decision on whether two hospital buildings from the 1930s should be demolished.

The Southern District Health Board (SDHB) has applied to demolish the former administration block and nurses' home on the Southland Hospital Elles Rd site, both of which have Category 1 New Zealand Historic Places Trust classification, and part of a kitchen wing, built in the 1950s.

It wants to replace them with a two-storey building to house hospital administration and clinical education services.

They also toured the buildings. Cr Ludlow said last week he had adjourned the hearing and requested more information from the SDHB on heritage issues and the potential reuse of the buildings.

''This is one of the hardest hearings I've sat on. It involves the demolition of Category 1 heritage buildings and we want to make sure [of] the process before we decide which way we are going to go.''

Council staff decided the application should be fully notified.

The New Zealand Historic Places Trust opposed demolition, saying the buildings were ''valuable and interesting examples of the era in which they were built''.

The consultant and heritage conservation architect it hired last year to examine the buildings concluded strengthening both was achievable, enabling them to be adapted and reused.

The SDHB said the buildings were earthquake risks and the cost of upgrading them was $5 million - more than it could afford. The buildings had been vacant since the Canterbury earthquakes and the SDHB believed they had no practical use.

Cr Ludlow said the SDHB hada month in which to provide additional information and it would probably be six to eight weeks before the hearing resumed.