Four Gore snooker players are hoping people will pick up on the cue and join them in a Cause for Corbin fundraiser tomorrow.

The fundraiser is for Corbin Belt (9), who has a form of epilepsy known as Doose syndrome.

Mr Swain said he was prompted to help as Corbin’s father, Travis, was his cousin.

"It’s closer to home when it’s your family."

Providing financially was one way to support the family in their difficult journey, he said.

He expected it would not be easy to play snooker for that long.

"We have done it twice before with the four of us.

"As long as we’ve got people there during the middle of the night helping us out it will be easy." 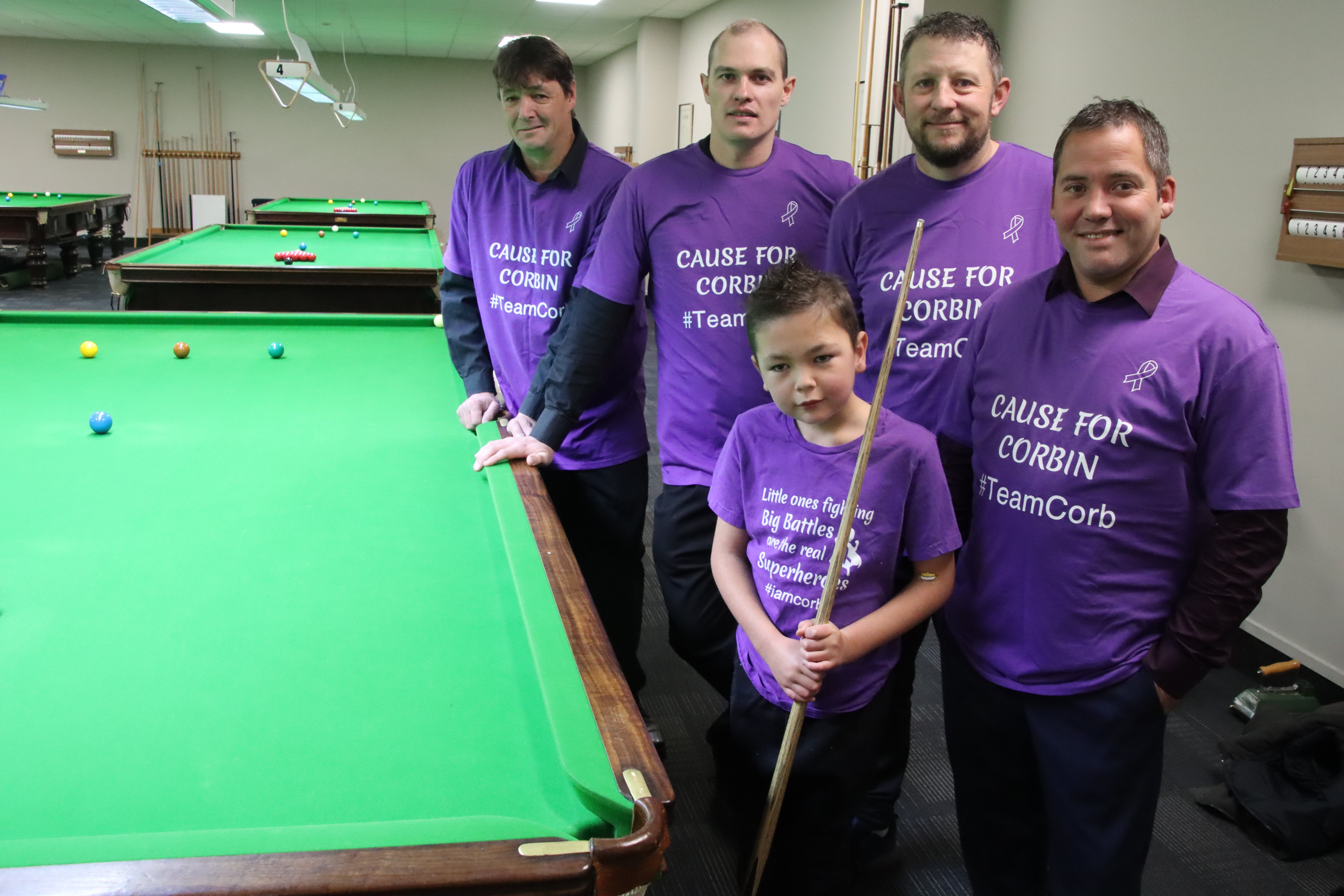 There were many ways people could take part in the fundraiser, which included raffles, silent auctions and guessing how many steps the players would take during the 24 hours.

People could also pay to play against one of the four players.

Corbin’s mother, Melissa, said she and her husband, Travis, were "absolutely blown away by all the support in our community, and further".

People from throughout the South Island had given to the cause.

Many different medications had been tried to help manage Corbin’s epilepsy, she said.

He was now on several medications that included six anti-seizure drugs, as well as steroids.

There was a possibility Corbin could be prescribed another drug but it was not funded by Pharmac.

"This fundraiser will support Corbin getting on to a very expensive and unfunded medication."

At the moment, Corbin was on funded medication that cost about $35,000 for six months’ supply.

The challenge with Corbin taking the unfunded drug would be paying for it long term, she said.

"It’s a huge amount of money ... I’m also worried that if we can’t maintain it, then we are going to see it make a difference and not be able to carry on with that difference."

As his weight increased, Corbin would need larger doses of the medicine.

"The price is going to continue to rise as he grows."

In July, Corbin will go to Christchurch Hospital, where an intravenous port will be inserted into his chest.

This will enable him to receive medication quickly in an emergency.

The need for the port was recognised when Corbin had Covid-19 and was admitted to hospital.

The medical staff had difficulty inserting an intravenous (IV) line into his body.

The fundraiser is a team effort with others including Jaimee van Betuw helping organise raffles and sponsorship.

Ms Betuw provided home-based preschool education for Corbin before he went to kindergarten, she said.

"We have a very special connection."

The event had been supported generously by businesses and people willing to sponsor the snooker players, Ms Betuw said.

After the 24 hours of snooker finished on Saturday there would be a special bonus draw at 6pm.

Anyone who had given to the cause would receive a ticket in the draw for the chance to win prizes. "There’s heaps of cool prizes.

"The only catch is to win you need to be at the T and C [club] for the live draw."

He was grateful the men were helping raise money for him and pleased he could play some snooker with them.