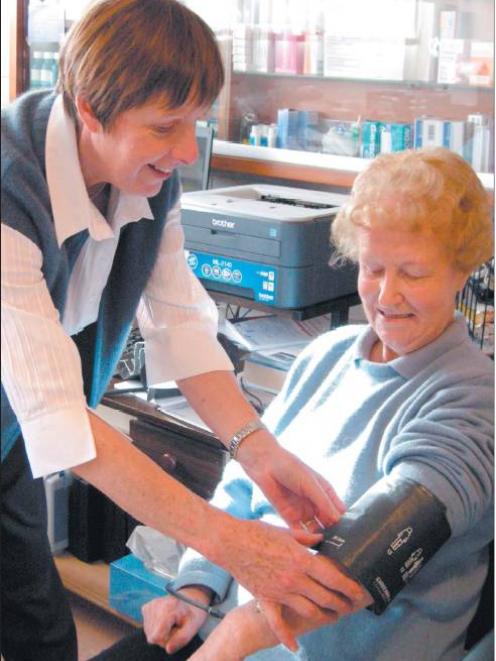 Mrs Park, who works at her husband Dr Eion Park's general practice, was a nominee in the Southland Nursing Excellence Awards and, although she did not take a top award, said it was an honour to have received a nomination from her peers.

Mrs Park was the only nominee from Gore.

Mrs Park said she was just doing her job to the best of her ability and did not look for accolades, but conceded it was nice to be appreciated.

After graduating in 1969, Mrs Park started her nursing career. She acknowledged the excellent basic training she received at the Seddon Memorial Hospital in Gore as being a good grounding for her career.

Thirteen student nurses started the course with Mrs Park and only two finished the course. ‘‘There was always a huge drop-out rate,'' Mrs Park said.

There were a variety of reasons the students dropped out of the course. Some started the course straight out of school and found it was not for them, she said.

At 22, Mrs Park was considered a mature student, which was to her advantage.

"It made a huge difference," she said.

When she married Dr Park, the couple moved to Auckland and she worked at Greenlane Hospital. It was there she fully realised the high standard of training she had received in Gore.

"I was as nervous as one thing, but my basic training was just as good if not better [than the nurses in that hospital had received],"  she said. "That was a confidence-builder."

Since the couple returned to Gore in 1971 to set up their practice, Mrs Park has given continuous service, as well as looking after their four children, two of whom are now doctors. It was the kind of job where she was always learning something, she said.

In a family practice, the work was varied.

Over the years there had been several major changes. One of the most noticeable was the swing towards preventive medicine, she said.

A lot of emphasis was put on educating people in an effort to stop health problems, such as heart disease, before they occurred, she said.

"But at the end of the day people have got to really want to change their lifestyle. Teaching people healthy lifestyles - only time will tell how successful that will be," she said.

However, one area where preventive health programmes had reached the target group was cervical smear tests, she said.

In the early days of the practice, it was rare for women to come forward for smear tests. Now women were routinely tested. Another example was the immunisation of children.

In the early days of the practice, people would turn up ‘‘on the doorstep'' quite sick when they should have consulted the doctor much earlier, she said.

"People [now] want to know more . . . it does take a lot more explaining - which I think is good," Mrs Parks said.