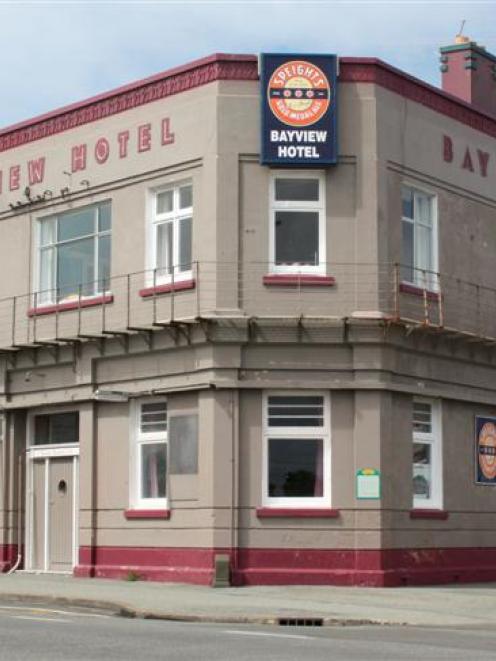 The Bay View Hotel, in Bluff. Photo by Southland Express.
A free business sounds too good to be true, but the man behind the proposal says there is no catch.

Dunedin real estate company owner Lincoln Darling is offering the new tenant of a hotel he owns in Bluff free rent for 18 months to get established.

The Bay View Hotel, on the town's main street, has a restaurant and two bars, eight bedrooms and a manager's flat. It is one of two hotels in the town.

It was run by a couple but after they split up, the business ran into financial difficulties and went into receivership, he said yesterday.

The building had been vacant and the business closed for more than six months and Mr Darling said he was keen to see it reopen.

"Originally, it was a very good business, but now the place is a bit run down.

"It needs someone with a bit of panache and new ideas."

The tenant would be expected to pay overheads such as electricity, he said, but there would be no rent

"That is the deal. Nothing's too good to be true."

However, he had already turned down some candidates.

"It needs someone with the ability to make it work," Mr Darling said.