Some say she was evil, a cold hearted child killer.

Others, that she was simply a woman overwhelmed by her circumstances.

No matter which side of the Minnie Dean debate you are on, there is no doubt the convicted murderer remains an infamous figure in New Zealand’s history.

She was hanged on August 12, 1895 in Invercargill, after a trial that scandalised the country.

Despite the long intervening years, the debate about Dean’s legacy continues to rage.

It’s not just Kiwis who are intrigued.

French writer and photographer Amaury da Cunha has been working on a book about Dean, titled Baby Farmer, which will be released next year.

Dean’s story never really seemed to be over, he said.

"It fascinates historians, journalists and artists.

"After her death, so much happened around her, often unexpected."

Dean had been taking in children, for a fee, since the late 1880s at her rural Winton home, The Larches.

It was not uncommon at a time when contraceptives were unreliable; children born out of wedlock were shunned, and families struggled to support many mouths that needed feeding. 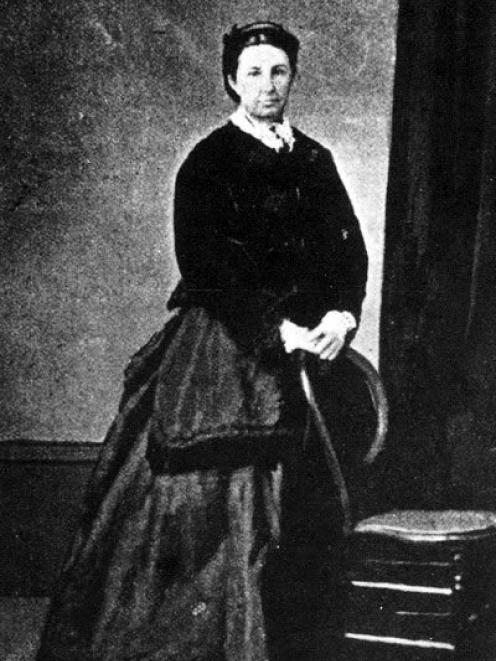 The notorious Minnie Dean, pictured here at the time of her marriage in 1872. PHOTOS: SUPPLIED/NZ HISTORY ONLINE

According to the Government’s New Zealand History website, a six-month-old infant in Dean’s care died in 1889, and two years later a six-week-old baby died of inflammation of the heart valves and congestion of the lungs.

An inquest found the baby, and other children in Dean’s care, were well cared for. But it also found the premises were inadequate.

By that point Dean had attracted the attention of police.

On May 2, a railway guard spotted Dean boarding a train carrying a baby and a hatbox.

On the return trip, she had only the hatbox.

Police later unearthed the bodies of two babies, Eva Hornsby and Dorothy Carter, and the skeleton of an older boy, which had been buried in Dean’s garden.

"An inquest determined that Dorothy Carter had died of an overdose of the opiate laudanum, commonly used to calm irritable infants," New Zealand History states.

Dean went on trial for Carter’s murder in Invercargill on June 18, 1895. Three days later she was found guilty and sentenced to death, a sentence that was carried out on August 12.

Police search Minnie Dean’s garden at The Larches in May 1895.

Mr da Cunha said he did not know if Dean was guilty, but said he felt compassion for her.

"In my text, I try to understand how the life of a woman from elsewhere could have fallen into disaster. And to measure the extent of the hatred it may have aroused."

After initially working on the book from Paris, he came to New Zealand to continue his research.

"This part of the work was an immersion in the archives, but I wanted this book to be so alive, open to unpublished and recent testimonies, by those who are familiar with this strange period in the history of your country."

However, he was surprised to learn that not everyone in New Zealand was fully aware of the case.

"The Kiwis have a selective memory of this affair, or else they have forgotten it, at least in the North Island.

"In Southland ... it was different, Minnie Dean was always there.

"In the taxi between the airport and my hotel in Invercargill, the driver’s first question to me was funny and surprising: ‘So you think she was guilty?’. As if it all happened very recently."

Winton Community Board chairman Brian Somerville said there had been a bit of division in the town over the years.

"Whether she did do it or didn’t do it, it’s a funny one.

"It always comes up somewhere along the line."