Penny Simmonds ahead but not ready to declare victory 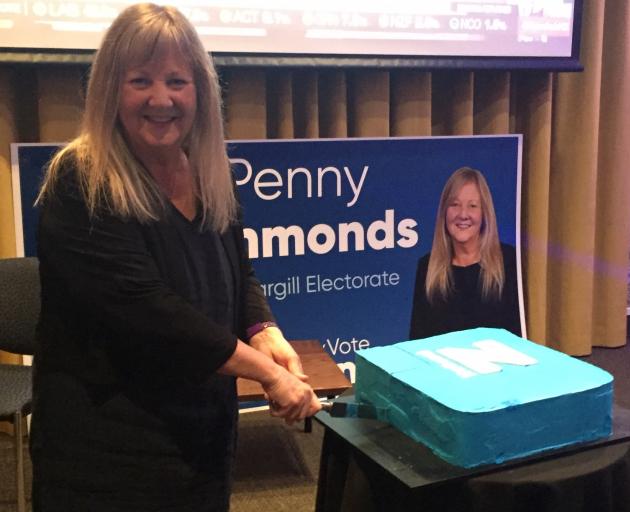 Ms Simmonds, who was chief executive of Southern Institute of Technology (SIT), was fighting against a Labour tide which swept Invercargill with Labour getting 47.5% in the electorate against National with 30.3%.

She told the Otago Daily Times given the closeness of the night she was not prepared to declare victory.

“I prefer to wait.

“It was a pretty up and down night.”

“I was quite calm at the start but as the night wound on it become more and more nerve wracking. It is good to have people here supporting me.”

When questioned why she believed the race was so close, she said she did not know but added Prime Minister Jacinda Ardern was "on a roll".

Earlier in the night Ms Craig said she was pleased with the campaign.

"It has been a nail bitter actually. It is still really close but it has been a really positive campaign.

"It is really good the vibe out at the ground.

The closeness of the electorate is part of a wider Labour surge on the night, as last election National won the party vote with 48.39% of the vote compared to 35.82% to Labour.