Properties ‘targeted by thieves’ in wake of flooding 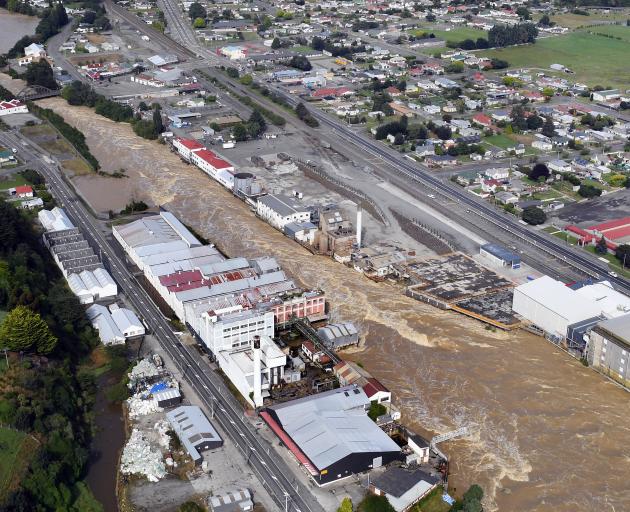 Flooding forced the evacuation of homes in Mataura last week. Photo: Stephen Jaquiery
Looters appear to be at work in Mataura in the wake of recent flooding, and police are reminding residents to keep their homes and property secure.

Senior Sergeant Cynthia Fairley, of Gore, said two burglaries had been reported in the Mataura and Brydone areas, and there had been reports as well of unknown people being spotted on rural properties in Mataura and Lumsden, who had run off when confronted.

"We’ve seen an amazing response from people who’ve been out helping neighbours and fellow residents after the floods, but unfortunately some properties have been targeted by thieves while they’ve been left unattended," she said.

"While this is not out of the ordinary in terms of normal reporting, it is a timely reminder for people to think about how they can help prevent burglaries and reduce opportunities for thieves."

Snr Sgt Fairley urged residents to prevent easy access to their property, lock and secure their homes and valuables, invest in good security and alarm systems, and engrave tools and valuables.

"We also ask people out on farms repairing fences or cleaning up flood damage [to] stay vigilant to any unusual activity, people or vehicles.

"If you see anything suspicious, call 111 straight away."

Police staff and patrols in the Mataura, Gore and Wyndham areas had been substantially increased since the evacuations, she said.

A team had also been brought in from Canterbury to prevent crime and keep the communities safe.

It was a response that would continue for the foreseeable future, she said.

"This can also be a time of high stress and fatigue for residents, farmers and workers as the full impact of the flooding sinks in.

"We want people to remember to eat, rest and take care of one another, and to reach out to the Rural Support Trust and Federated Farmers if help is needed."

■Trained counsellors at a free 24/7 phone and text service can be contacted on 1737.